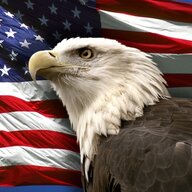 Trying to make it easy for you, the one's in the know, I'm going to use a separate post for each question rather than pile them up all at once.
I work in Huntsville so consider that central if recommending shops, etc.

Other than size I don't know what all that means so I provide all the info I have.

I'm definitely not an aggressive rider and avoid rain / wet roads as best I can and am looking for longevity.

The OEM cam chain tensioner was questionable and BMW came out with a replacement (recall?). I found info on it once upon including a relatively simple .. remove this small cover and the new tensioner is obvious but .. I'll be danged if I can find that again. Anyone have a link? 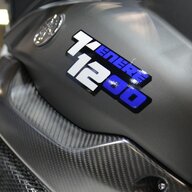 I ride a heavy sport tourer as well, and can highly recommend Pirelli Angel GT2. I've always been a die hard Michelin fan but I got my first set of Angels when I couldn't souce the Michelins I wanted. I'm on my second set now and don't really see going back. I usually replace both together and I got right at 10k on my last set. The grip is excellent for the longevity you get. 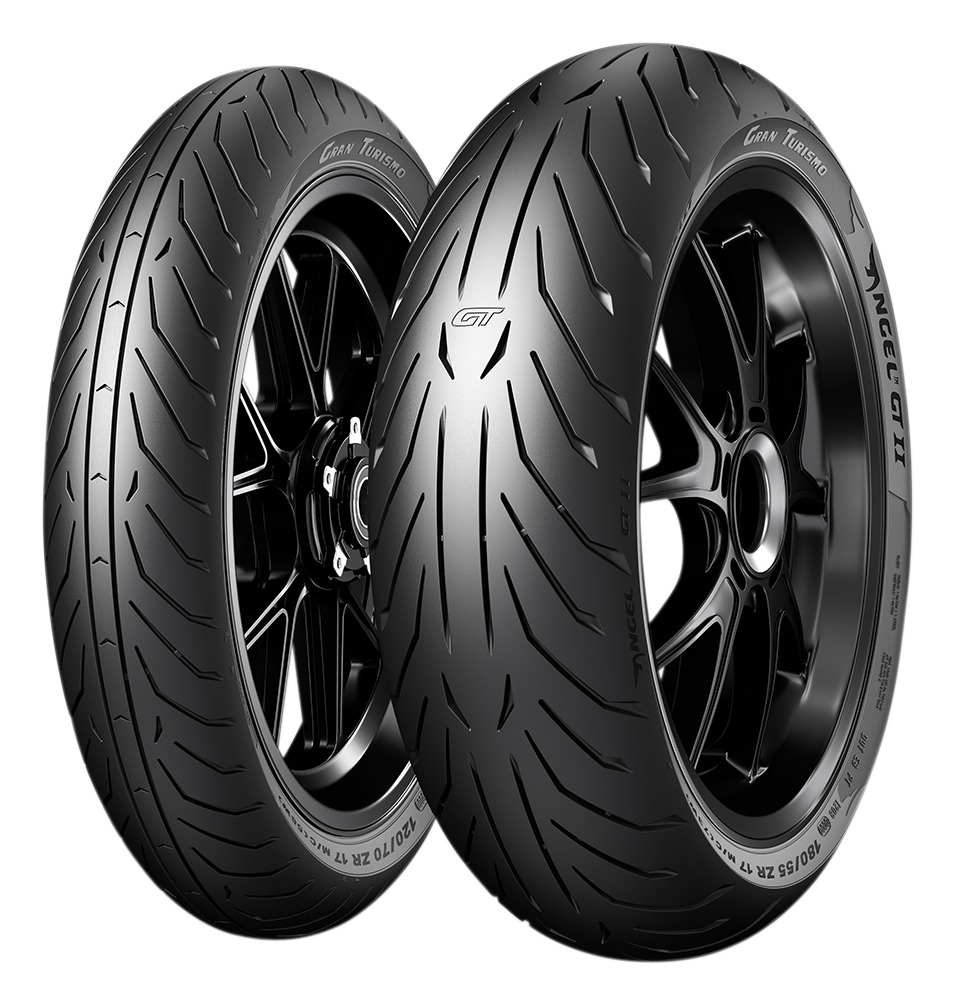 Pirelli revamps the tried and true sport touring tire with an all-new tread pattern and compound to provide long-lasting grip and confident handling.

Oh yeah, I had BattleAxes on a ZRX1100 several years ago. I absolutely hated those tires. I wasn't touring in those days so I replaced them with Michelin Pilot Powers. Those are my favorite tires ever, but I would run through a rear in about 3k miles. But what gloriously grippy and predictable miles those were!

I bought the bike in May and the tires were in good condition, both with a 2018 mfg. date. I have put ~3K on the BATTLAXs and the rear is showing cord. As said above, I'm not very aggressive. If I'm in a hurry I shift at 5 grand and HIGHLY doubt I've busted 6 grand yet.

I spent a fair amount of time researching and price shopping the Angel GT2s, turns out Revzilla couldn't be beat so I ordered a set, thank you sir! Hopefully they will take me to the EOY. The only negative I found was they followed grooved surfaces worse than other tires but that doesn't exist in my area.

My Pirellis arrived today; UPS dude dropped 'em on the porch 20' from the street

Including finding the right tools and jerry-riggin' a front stand, it only took 40 minutes to drop both wheels saving me a buck fidy.

I don't have one of those fancy 22mm hex heads to remove the front axle either so . . . thanks to those who post their ingenuity on the web 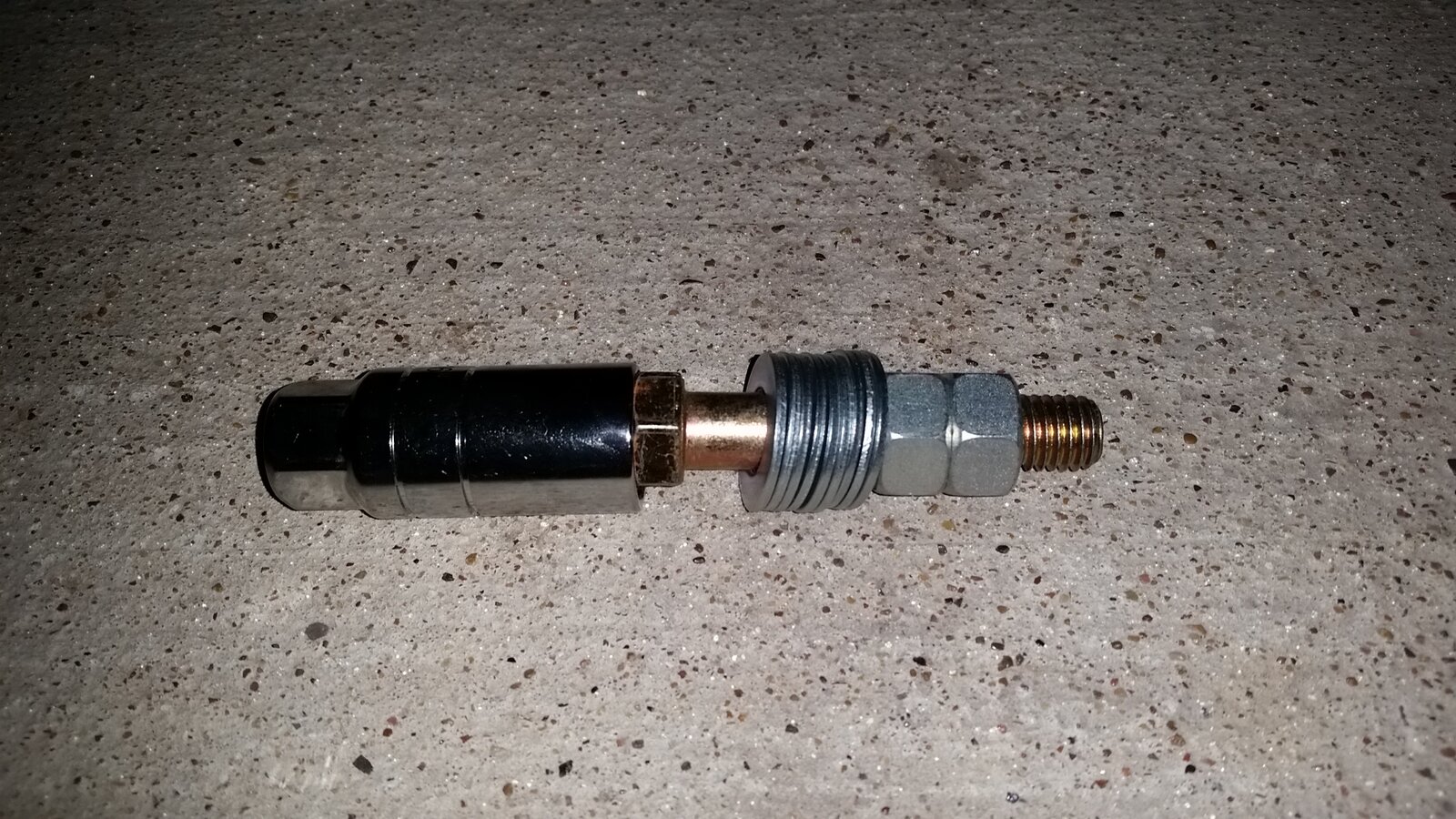 Seriously, there's 1oz of weights on the rear and the shop that will mount the tires said they don't balance, they use Ride-On sealant / balancer. Should I remove the weights?

It's been a few days now I read an old thread here about Ride-On and the majority liked it, I just don't recall specifics about no weights on the wheel if they were previously used.

I would remove the weights and balance from scratch. I'm not a fan of any sealant type stuff as it can be a mess when you change the tire again. I'm not familiar with Ride On so it may be just fine. :shrug

There should be a red or yellow dot on the sidewall. That's the lightest point on the tire. Line than up with the valve seal when you mount the tire on the rim. That will probably get you very close to balanced, but if you want to be more precise you can use the poor man's tire balancer.

pacman said:
I would remove the weights and balance from scratch.
Click to expand...

Dude .. that video is worthless

, but thanks for the input.

As I often do (and sometimes it's not a stretch

), I pretended to know little when I took the set in for mounting and they too recommended removing all weights. Even though I called earlier this week and knew what they'd say, I asked about balancing. 'We don't do that, the balancer is broke and we use Ride-on'. They don't use it, they sell it so after 130 miles yesterday and touching 85-90mph w/o Ride-on, there was ZERO indication they are out of balance. I bought some Ride-on and will squirt it in eventually if for no other reason than the claimed sealant protection.

) shaved taking away the fun of riding them off and lean indication. I suppose by default, some embarrassment factor is gone too if you're not exactly a peg scraper. 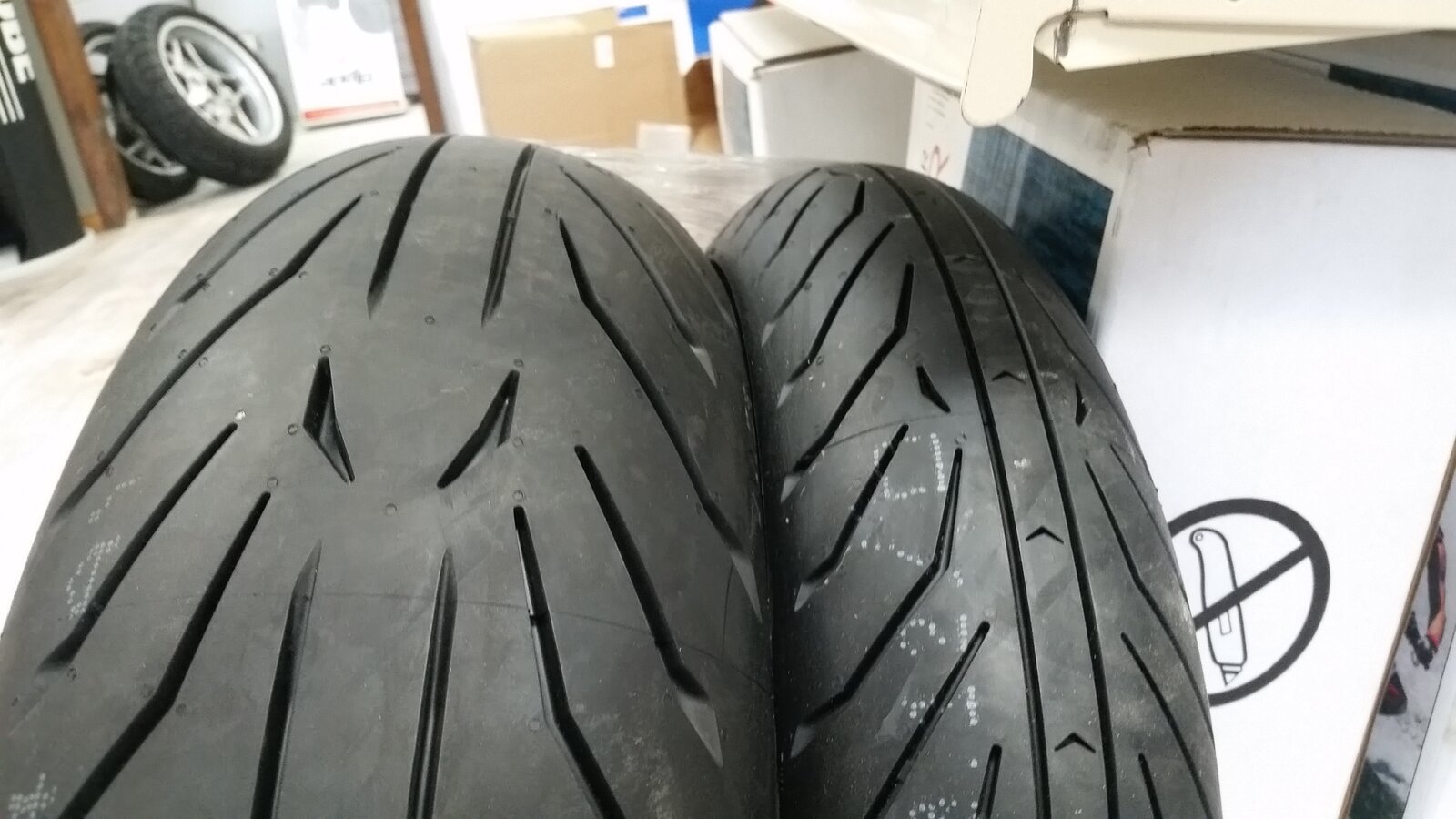 Sorry about the crappy vid. I just took the first one I saw that did my cheapo way.

They like to go straight or turn, but the transition between them not so much. At first it was bit unnerving because it was quite abrupt but now it's simply pronounced.

They don't transmit the stutter groves mashed into the centerline and especially stutter paint to hands and feet nearly as much as the 'stones did.

I ride particular roads with longitudinal ridges in the asphalt that the 'stones would waver back & forth on unable to pick a side. Despite line 1 above, the Pirellis are unaffected.

So far I'm quite happy with them so thanks for the heads up.

Can any one confirm that is the timing chain jump guard? 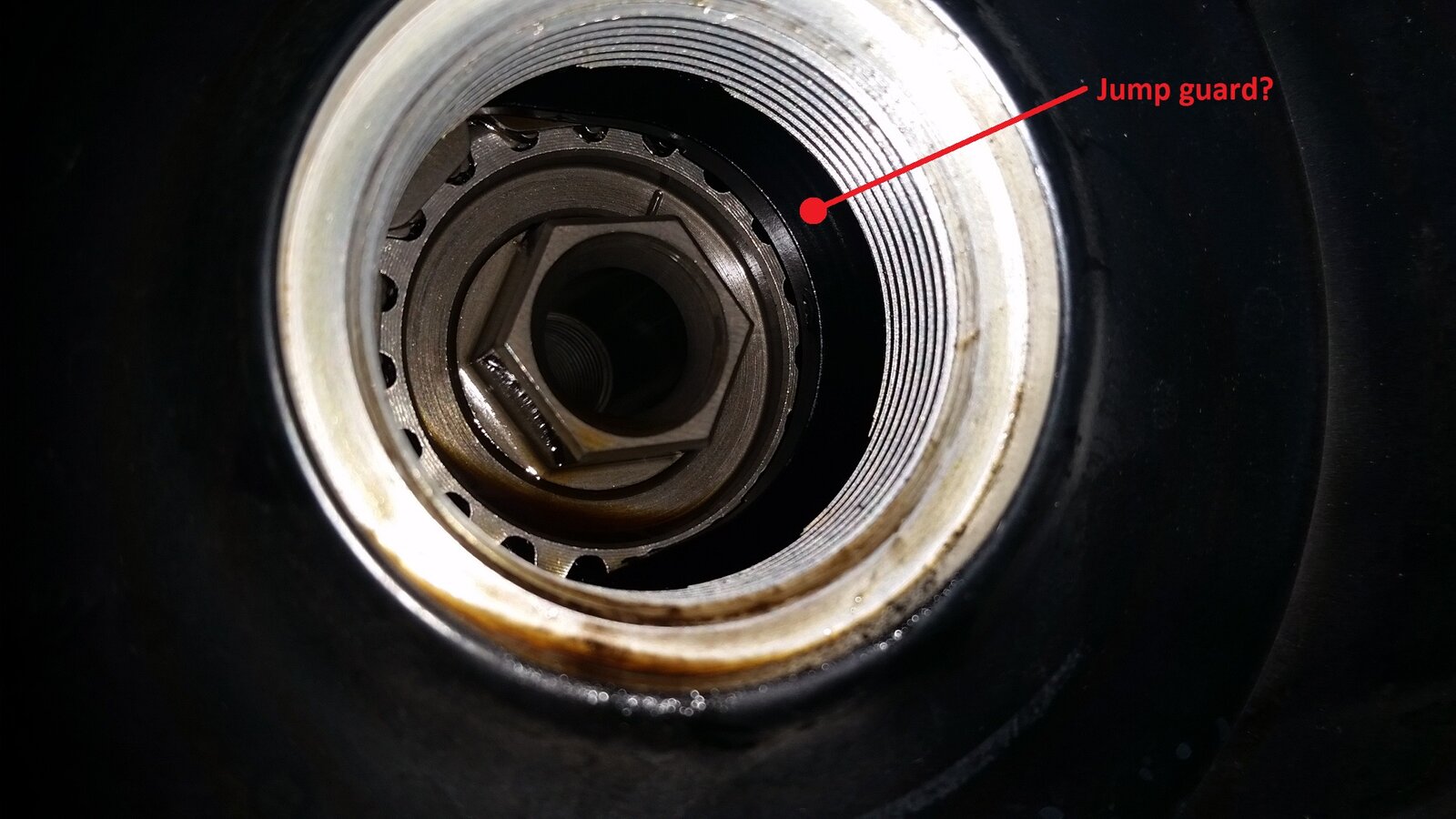 Curtis i'm no BMW expert just a curious guy with some skills in the garage. I has never heard of a jump guard so I went searching. The best pics and install instruction I found was here. https://www.k-bikes.com/threads/cam-chain-noise.41793/ In post #4 there are two PDF file the one on the right is for the jump guard install. When they first open the bike you can see that there is nothing on the face of the timing gear and the teeth opposite of the chain are clearly exposed. Once the jump guard is in place you will see the face of the gear is partially covered and the teeth that were exposed are now covered by the guard. I would conclude that the piece in your pic is indeed the jump guard. I understand that you would probably want more confirmation than an internet mechanic so hopefully a BMW guy with knowledge of these K series bikes will be along to confirm for you.

bwd, I should apologize to YOU, you're a better internet mechanic than I am a live, in person one on my own dang bike!

I'm on K-bikes, I have seen that thread, dnld the PDFs (for later use

), I have even talked to the guy that posted them (unrelated to this issue) and yet you confirmed the guard was installed, thanks!

BMW of Denver originally sold and serviced the bike for 5yrs and I got a verbal rundown of the details including multiple recall repairs. I asked specifically about the guard but their records didn't show anything. Thanks again, now I feel confident running over 6k rpm.

No need to apologize. We can all learn when questions are asked and now there is a picture with a different view that may help someone in the future.

I'm relating some of the below thru experience fixing 4 wheeled vehicles, not bikes.

Friday accelerating from a stop, uphill and the road also slanted to the right curb, the back end seemed to wobble some and I thought the tire was going down; it was/is fine. I rode Sat & Sun with no issues but yesterday I felt a rotational lobe as if it was a wheel bearing. I put a socket extention in thru the front axle to lift it and aggressively tried to rock the wheel but felt no play, even after rotating it 1/4 each attempt. Spinning the wheel I didn't hear or feel anything that caused concern.

Not so much luck on the back end. There's definitely play rocking the wheel though I don't have the means to measure it and spinning the wheel by hand, I heard more than what I would think is just gears meshing. Searching the web including YT for "2009 k1300gt rear wheel bearing" got various parts lists I'm not sure apply, how to replace front bearings and, worst of all, you need a $2K final drive!