Anyone ever vinyl wrap a bike?

I've been considering it for a while and finally searched some last night; looks like 3M 2080 may be what I want or could be they're just the most recognizable name so I'm all ears.

If you have any how-tos or know of good vids to link up I'd love to hear/see them. Maybe which tools are must haves and which you can do without.

I can get impatient so no illusions of completing it before a ride is needed. Figured I'd start with the fender or a bag and see how it goes.

A co-worker of mine wrapped his yamaha R6 years ago. It looked great, but I have no idea how it looks now as I haven't talked to the guy since he left the office.

I know he took it somewhere in the Dallas area to get it done rather than do it himself.

I have contemplated this on the KLR and talked with several professional vinyl guys who recommended against it on plastic. I have a second set of plastics so I should try it as well. I'll read up on the 2080 product.
Last edited: Jun 9, 2021

I have vinyl wrapped the plastic on dirt bikes. The last one I did, I just cut the vinyl out like a sticker. Did it just to keep plastics from getting scratched up more than anything. Get a heat gun, it will be your best friend. It's much harder than it looks, if you can figure out a way to bolt your panels to something sturdy, not the bike itself, that would be ideal. The heat gun helps make it stretchy but you will need to put some significant elbow grease into stretching it and that's hard to do with it moving around. Just type "vinyl wrap motorcycle" into youtube, tons of videos and how to.

Start by wrapping simple flatter surfaces. Then move on to harder stuff. Some things are super easy and some are frustratingly difficult.

I’ve never done a full rap, but have done several vinyl graphics and number plates on dirt bikes. You do need patients and cannot get into a hurry. Just as said before, a heat gun makes a huge difference when trying to work the vinyl over irregular surfaces without leaving a crease.

I wrapped my T700 and it is the biggest test of patience you can have. Wrapping parts while in the bike works good but at some point you might have to take the part off. I watched CKWraps YouTube channel and learned from him. The vinyl I used is the one he uses and I was surprised at the malleability and toughness of the material. You can use a heat gun to bring it back to shape and it is very durable. I did this last October and still looks good. 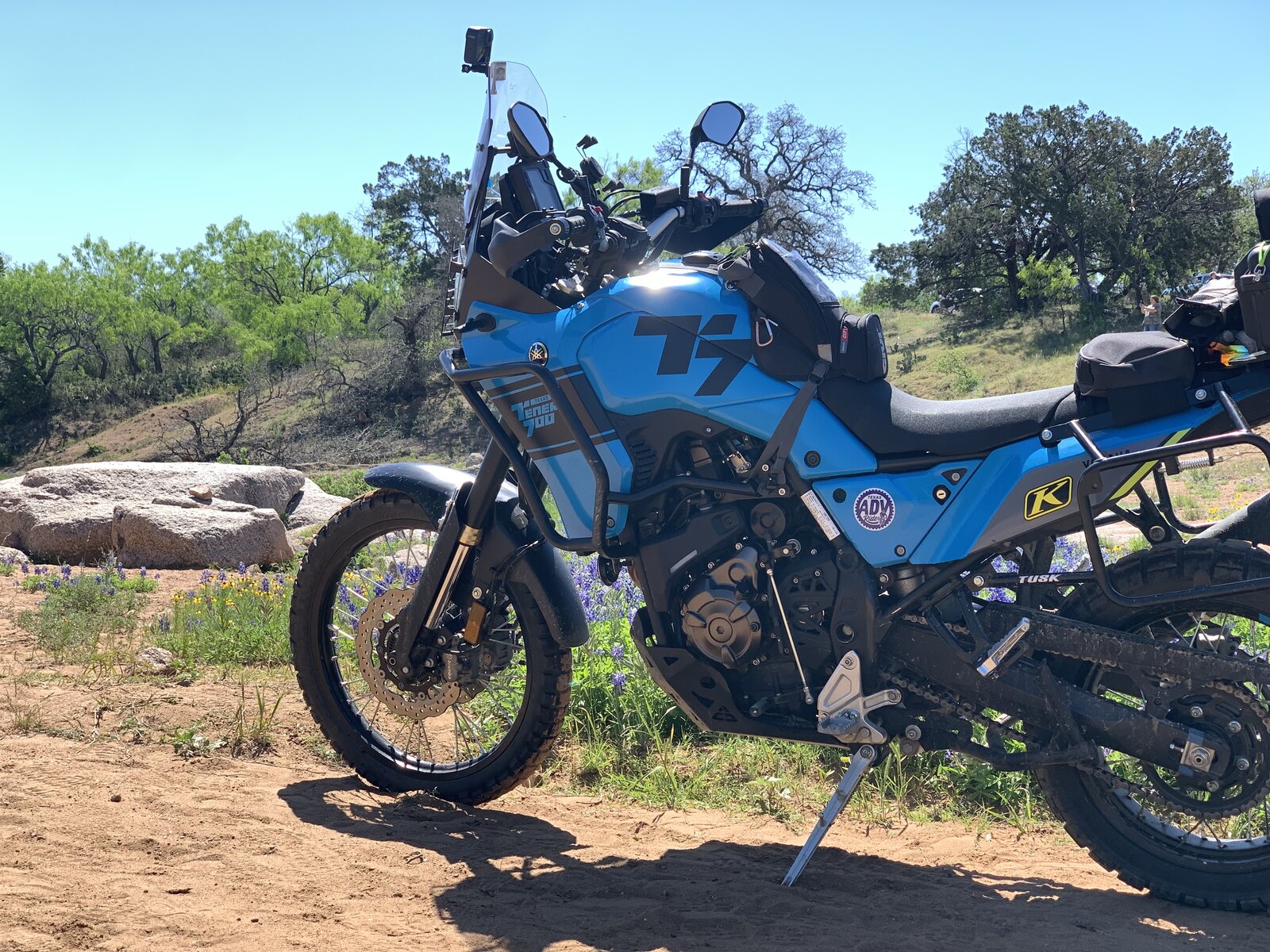 Also, you have to be really good to make something with a linear pattern look good. Depending on how you stretch it, you'll end up with waves in your pattern. Solid colors are best for first timers.
M

Prep is the key also. Make sure the surface is clean and free from deep scratches.

I don't look as spiffy as I used to, maybe I should get a wrap.

I think the best way is to get a pattern that it easy to over lap (camo is a good example but you get the idea so you don't noticing the overlap, when you for is some curve up or down there is some cut that need to be made. When I was younger a cool guy with a katana wrap is bike with fur and it look like he was riding a buffalo, then one of is friend did the same thing it was pretty mad max looking.

Here is a link:

Why paint your motorcycle when you can wrap it for less and get a better, more unique look that adds to the cool factor of your bike and saves you money?
www.rvinyl.com 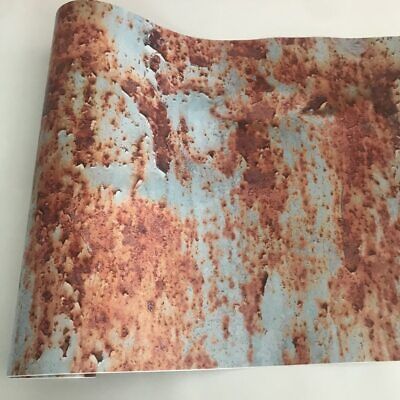 Cleaning the surface prior to installing the vinyl will help with adhesion and clean any contaminants that may cause imperfections. Backside with air free bubbles,easy to wrap. Good Weather Resistance.
www.ebay.com
Last edited: Jun 10, 2021

Notice the odd silver panel below the tank right in front of the seat. It doesn't really match anything else on the bike and I hated it so that was my part to try it out on.

That piece has some difficult curves to it but not too difficult. Here's the finished result. 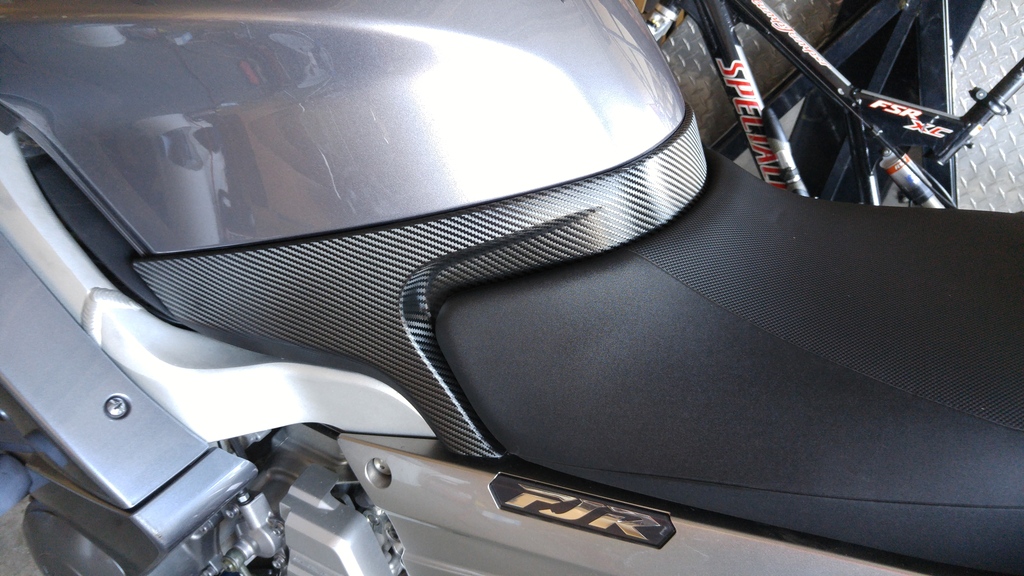 It blends with the bike better than in that photo, especially once I added the stripes. 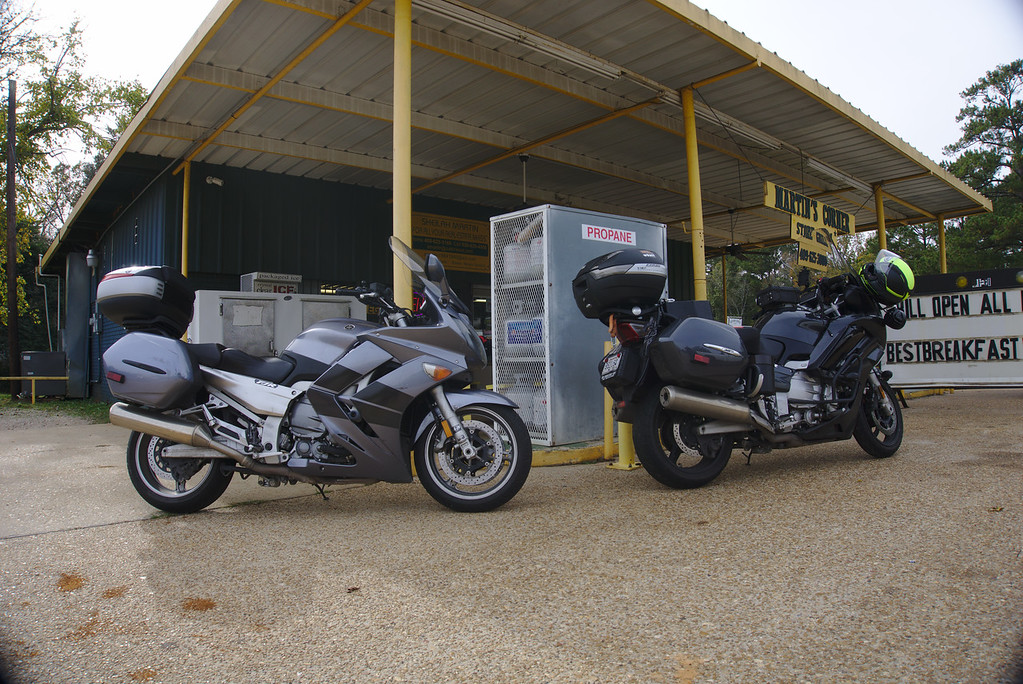 I had some left over, so I got kind of crazy. 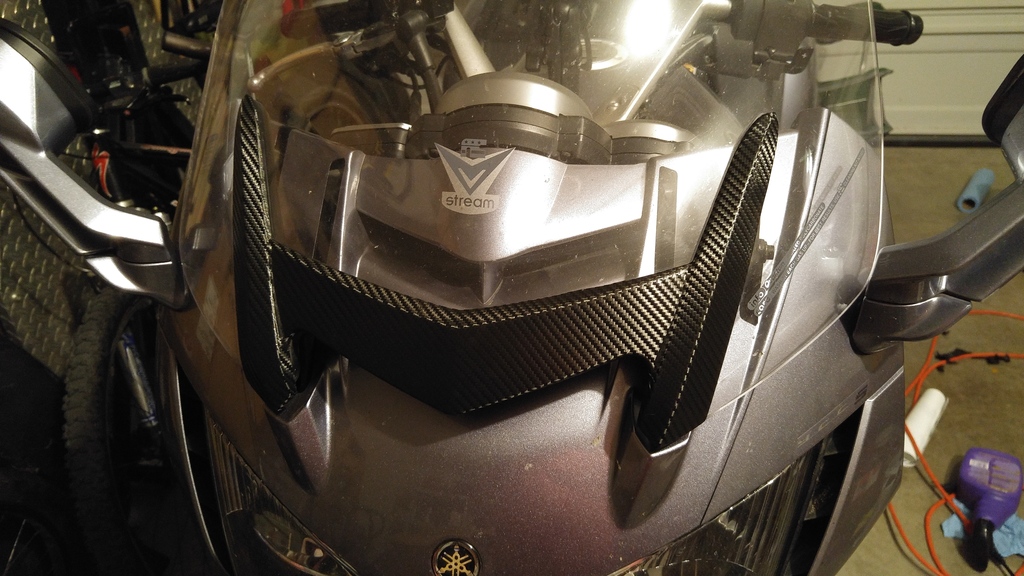 This part was harder. The sharp curves are difficult to get it just right and get it all tucked away. The piece by the seat has held up better over time than this one as this one is starting to peel a bit. Partly because of the curves and partly because it's right in the wind. Sometimes mighty fast wind.

But, wrapping was an addiction, and I had a very small piece left over and went looking for something deserving of a wrap. 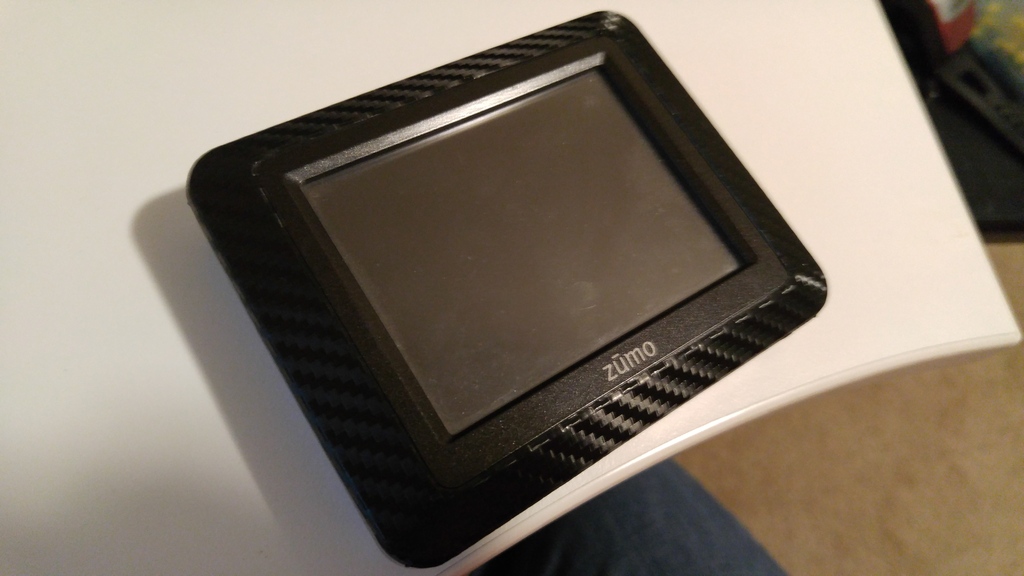 I recently had a go at a few parts in my truck. The wood covering has long since gone missing so I thought I'd try something new. This is when I learned about the patterns. 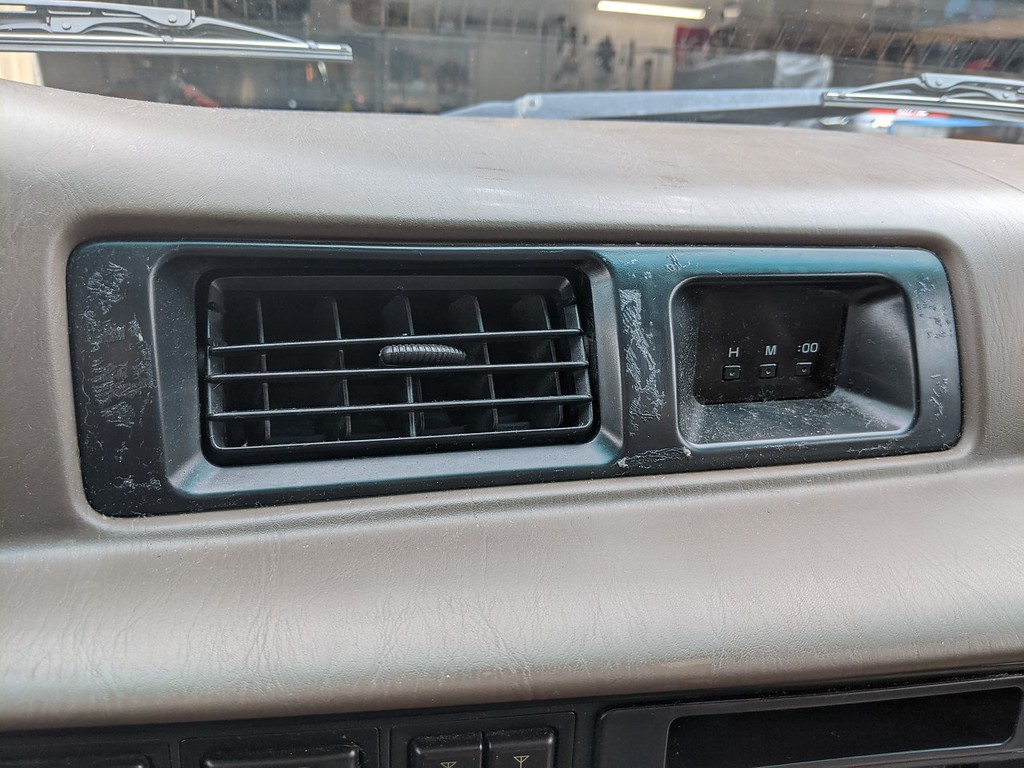 Overall, not too bad. I could not for the life of me get it to stretch and push down into those recesses and stick so I gave up and trimmed it up. Nevermind the stuff at the top, the 24 year old plastic broke when I removed the part to sand and wrap it. 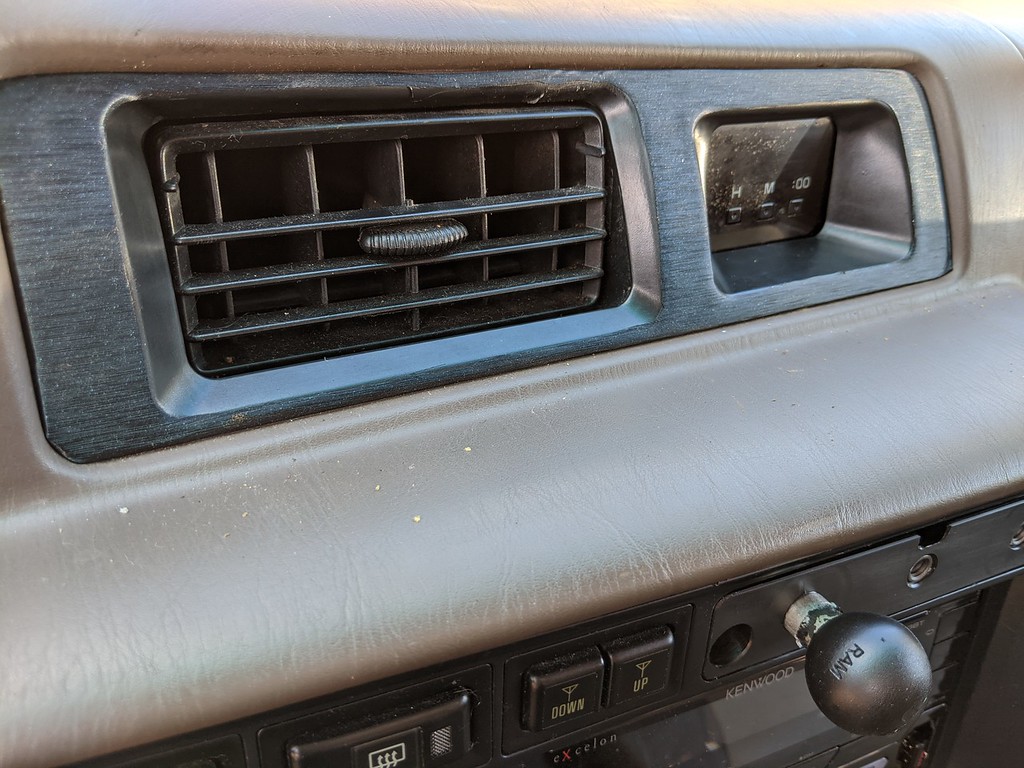 I can't stand wood paneling and since half the trim in the truck was gone I decided to try wrapping some other parts. 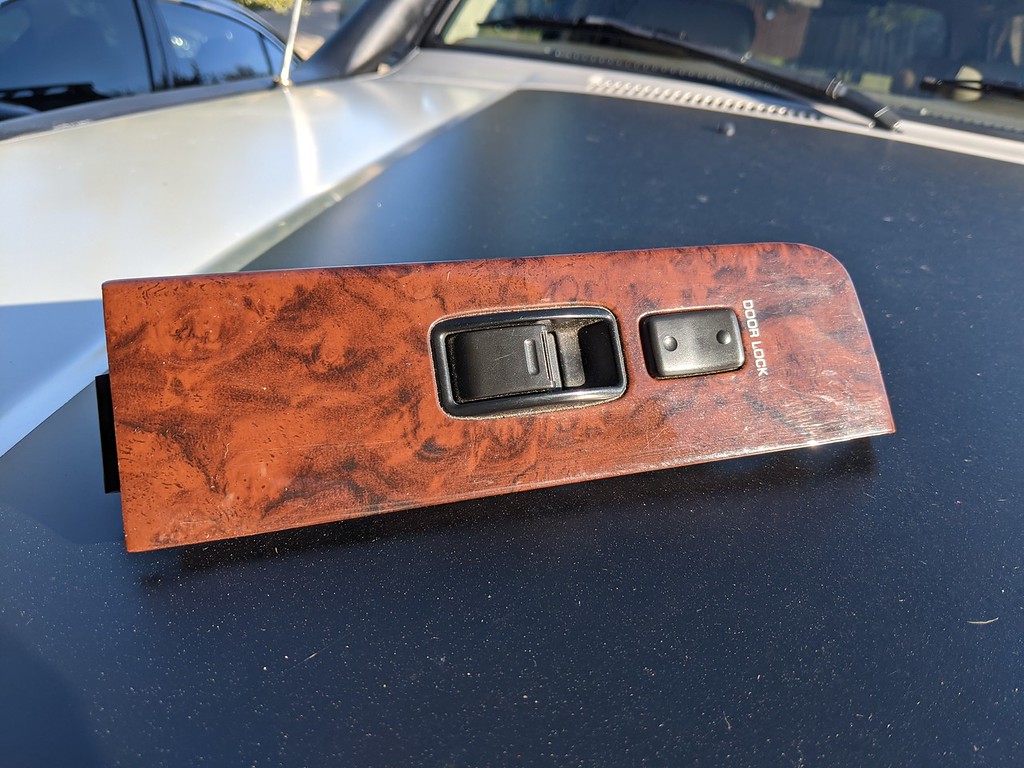 I ended up with a couple of bubbles that I think is some dirt that managed to get under the vinyl. What a pain. Also, getting it to tuck around the switch trim that is not removable was difficult. This is the good side that I photographed. The process of stretching and heating and pulling to get it around the corners resulted in a wavy pattern on the drivers side. This also has a strange look when the sun is on it so I'm replacing with gloss black for now. 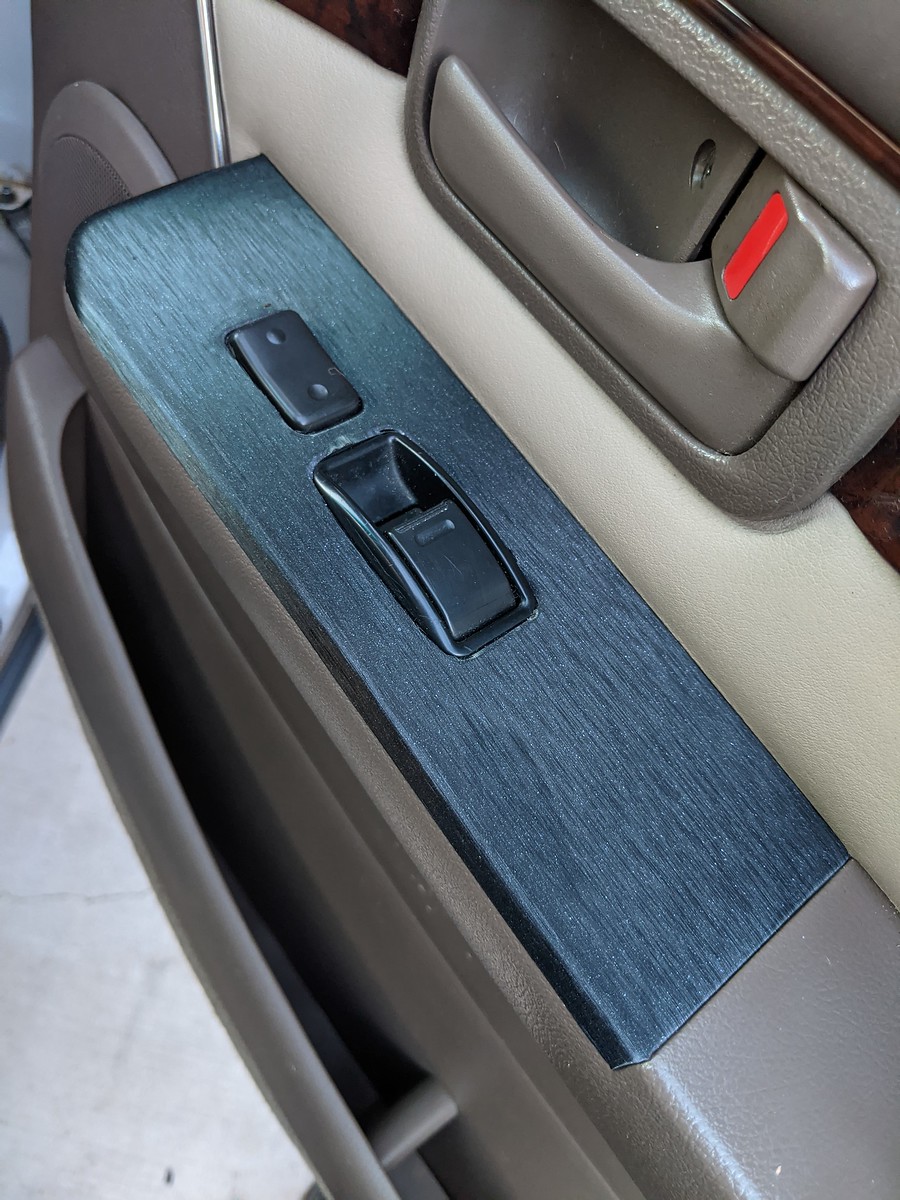 I've wanted to do a full color change on one of my bikes but I'd need to do the tank and I've watched a video of that process and I am not nearly patient or talented enough to do that.

Best tool? An extra set of hands! Especially on curved or contoured surfaces.

watery soap and spray both surface and you can move thing around, like any sticker application, use a little squeegee to get the water and bubble away and let dry, don't use heat gun, Texas sun should work fine, like window tint it take about 2 days for the water to evaporate, 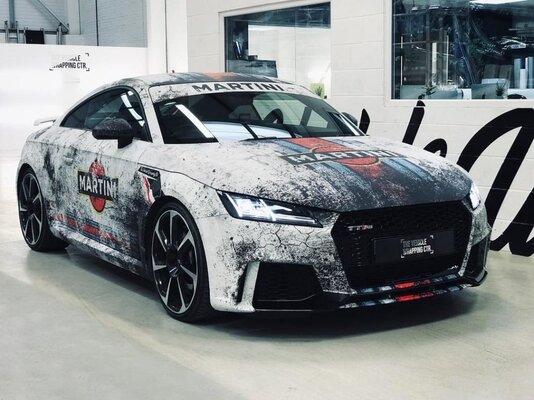 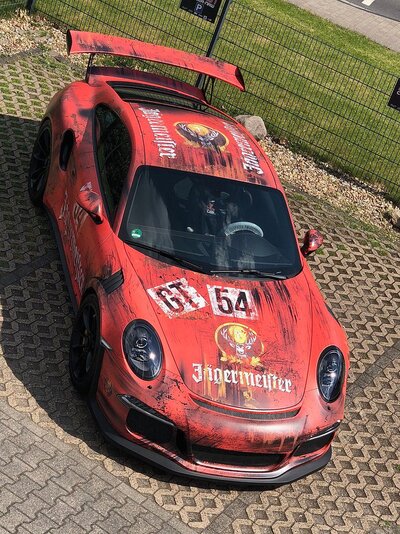 LaserDave said:
I don't look as spiffy as I used to, maybe I should get a wrap.
Click to expand...

I had a wrap at Subway the other day. It did nothing for me!