Before and After Image views... 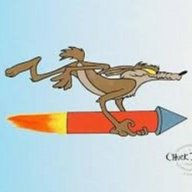 M38A1 said:
As for post processing, toss out a dated image and I'll post the before/after along with what was done. No secrets here... well 'cept maybe the levitation shots.

I can see in my minds eye a working horse getting a long well deserved drink or a cow dog jumping in to cool off and lapping at the water as he goes.

Hey Scott, post your unedited sunrise shot from the other day. Here is mine straight off the camera. Radically different colors and I was standing right next to you. Canon vs. Nikon for one thing. Canon tends to be colder on colors. I was using Auto white balance.

We might want to take this to a new thread though. 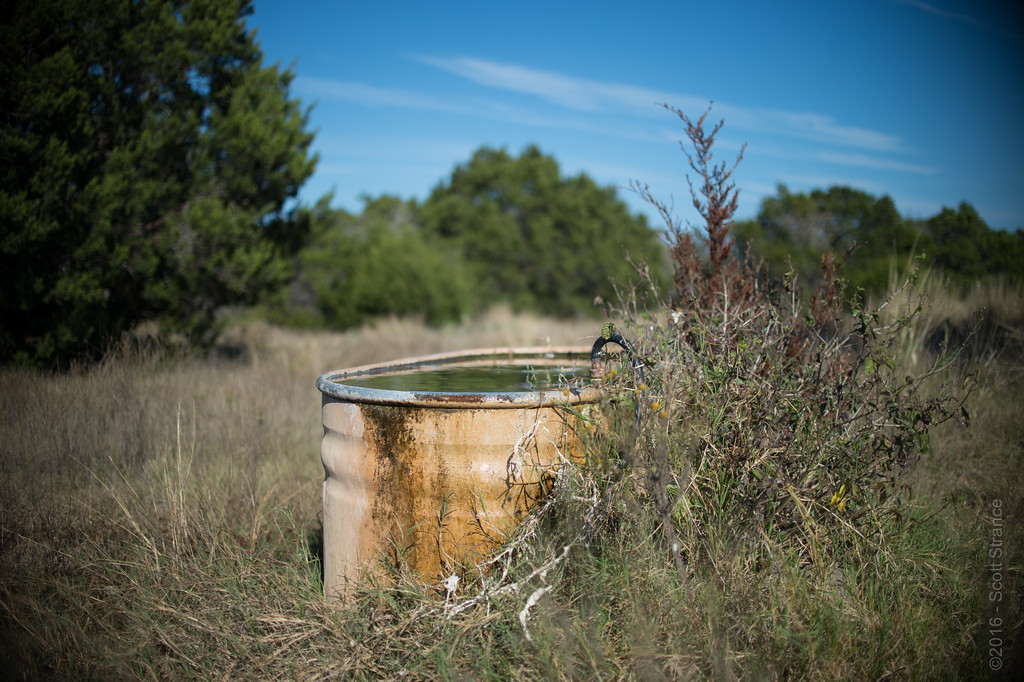 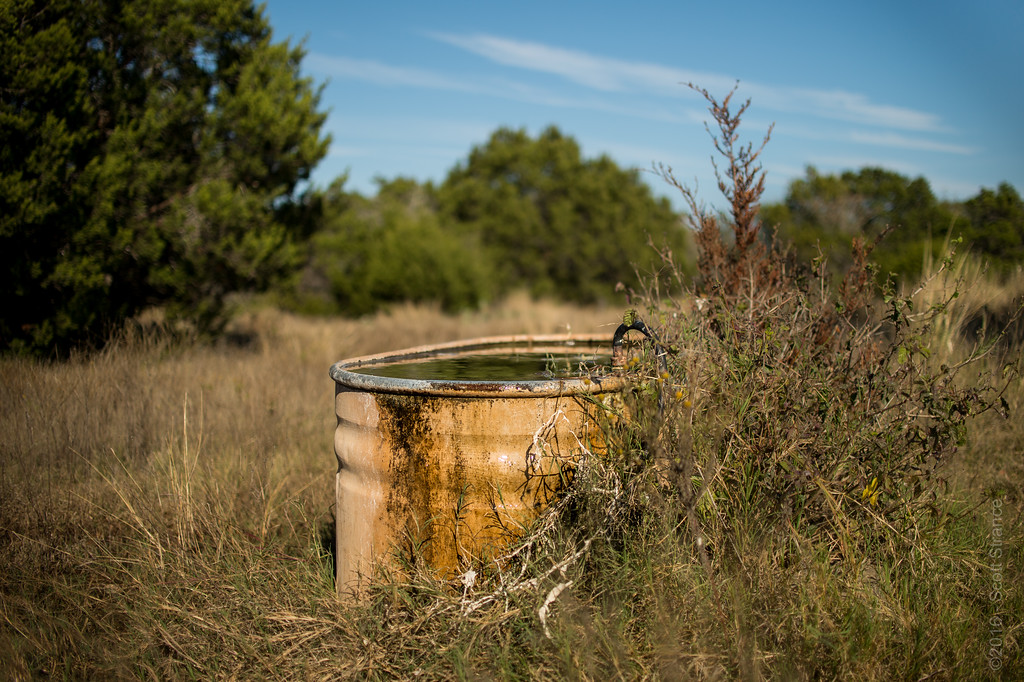 It seems like a lot of stuff applied, and yes - the images are drastically different. Yet that's by my design. I wanted this warmer and to highlight certain elements, thus the radical change.

You also have to remember I shoot RAW, meaning I have a LOT of data to work with in order to manipulate aspects such as these. By nature, the RAW file is a bit on the 'flat' side, ie: it just needs work and really doesn't look that great IMO straight out of the camera.

Shooting both RAW and a .jpg image and laying both down at the same time on my card is a different ballgame. The RAW is flat and the .jpg just 'pops'. That's due to the algorithms in the camera which do a lot of little tweaks as the image is layed down on the memory card. The image I see on the back screen is the .jpg version and will always look better than my RAW file. 99% of the time I'll shoot RAW and work those files to where they should be. The .jpg's are already there for the most part.

So why don't I shoot .jpgs all the time? For the purpose of this days exercise... There isn't enough data in the .jpg file to do these types of changes compared to the data available in the RAW file. 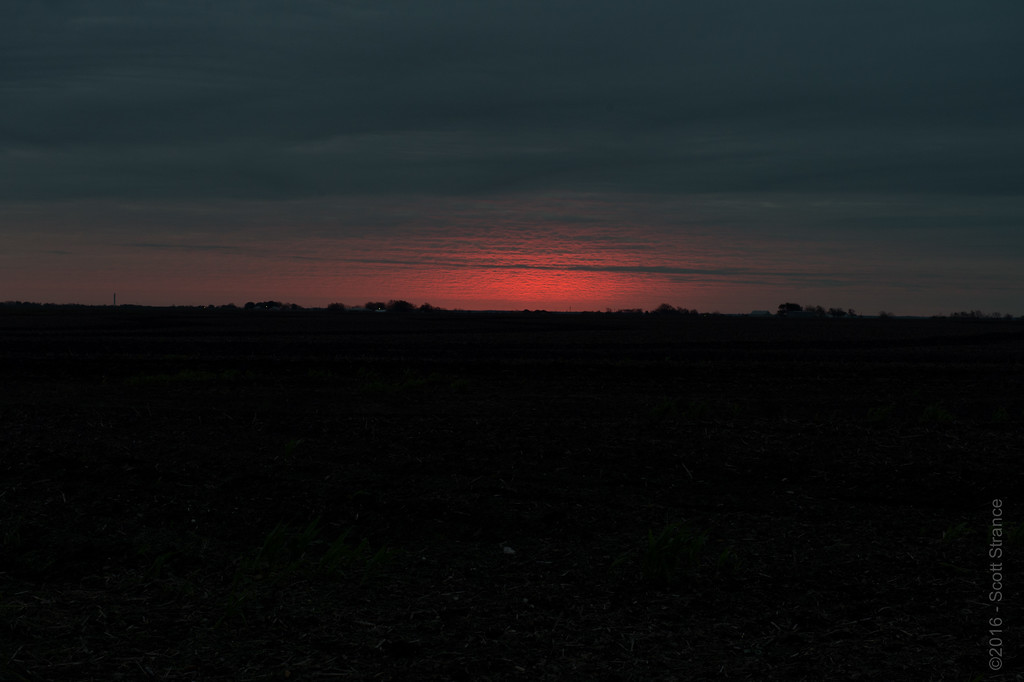 This one was pretty straight forward. Shooting a 24-70mm lens on a full frame at something sooooooo far away I knew it was going to be a pano-crop as I call it. Otherwise there was simply too much foreground in the image. So I started with a crop then just went from there. I didn't spend but a few minutes on this as it was pretty close.

I'm going to add my two cents worth. I was right next to Scott when he shot that sunset image. I have a Canon camera and it tends to Auto white balance on the cooler side, whereas Scott's Nikons tend to the warner side. So here is one of my shots from that morning. First is straight off the camera. A bit dark and much more pink than Scott's. Also with a 24-70mm lens, but I'm on a crop sensor camera so you multiply that focal length by 1.6 to get the effective length. In this case that is 112mm. Hence my narrower field of view compared to his. 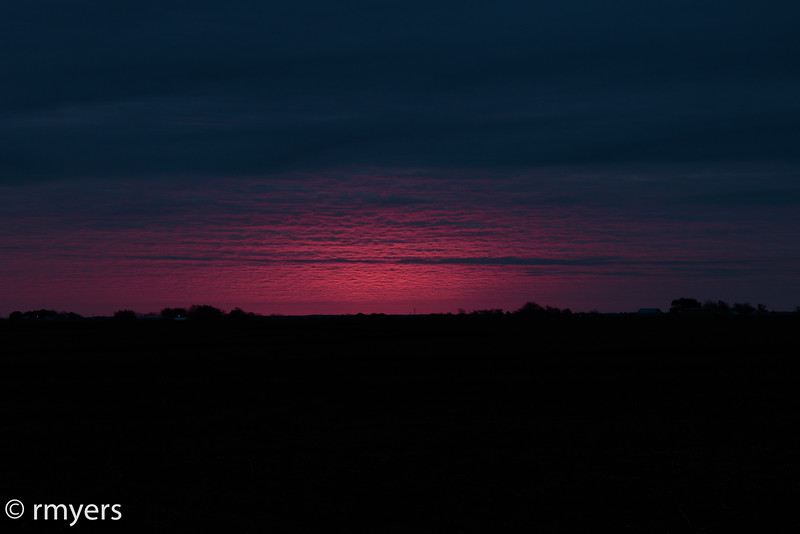 Here is my initial edit without having seen Scott's: 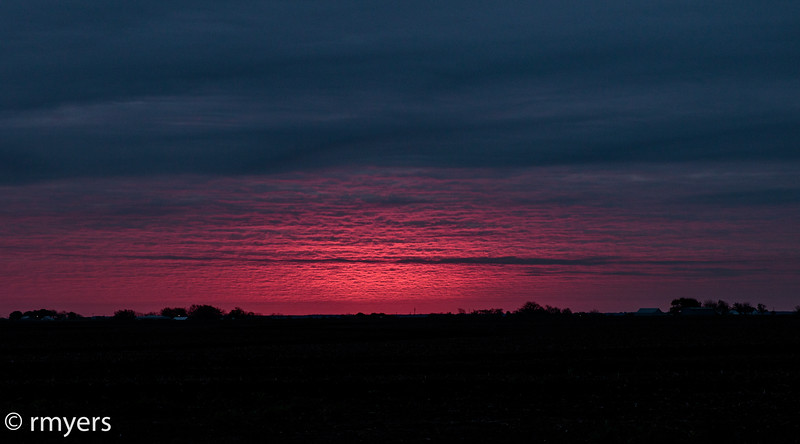 I did a little cropping, clarity, contrast, exposure. I added a gradient filter from the top to tweak the exposure just on the sky. And I slightly tweaked the temp (white balance) to the warmer side, but not much. My memory was that it was a little pink anyway.

Here is my re-edit to make it a bit more like Scott's: 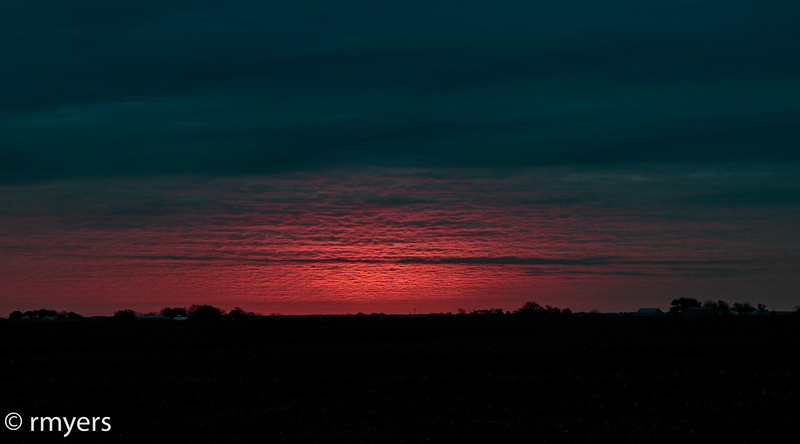 Thanks for the explanation. I am not a photographer by any means, but I am always interested in another's craft. People who are good at things always make them look easy, but there is way more going on than is seen to the casual observer. I can appreciate the investment in time that it takes to produce quality work.

So, in addition to individual editing tendencies (call it style) there are also some camera/sensor factors that affect the shots. I can point you at a gallery were Scott, a Nikon friend of his, and I shot. All my shots were way cooler (blue) than the two Nikon shooters. I could have made a global tweak to get mine in the same range, but didn't notice the difference until we had them side by side.

WoodButcher said:
So, in addition to individual editing tendencies (call it style) there are also some camera/sensor factors that affect the shots.
Click to expand...