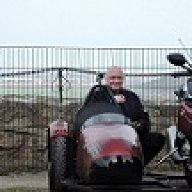 This is the last "BMW K1600" film for the time being - it will continue in the next few weeks
Films in which the "BMW R1250" machines can be seen.
GS, GSA, RS and RT mixed up!
Of course, one or the other K1600 will then drive through the picture - but not as massive as before.
The last round led again through beautiful corners of the Vogtland under the leadership of Lutz "LuK". Hans "MacGyver" did the "last man" as usual.
After the meeting is before the meeting - rumors say that we will see each other on the other side of Germany again next year.
Route: Lutz & Ralf
You must log in or register to reply here.
Share:
Facebook Twitter Reddit Pinterest Tumblr WhatsApp Email Link
Top