Comments on the Lonleliness of the Long Distance Rider

I don't usually photograph people, thought I would give it a try while I was messing around with some shots of the houses in the distance that didn't quite work out as planned.
Comments? Is it a garage hanger or a hallway in the house hanger?
I am still on the black and white kick, this is one of the first pictures that I really tried to "see" in black and white rather than color.
I was trying here, rather than just trying to get lucky with the shot.
The shot wasn't posed, just a candid shot. I thought the amount of "words" in the picture gave it a kind of illustrative feel rather than artistic, but I don't really know Jack about that. 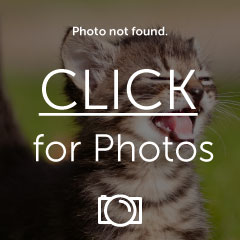 Don't feel qualified to critique the technical aspects. Can only give you my reactions as a viewer.

Its intriguing. It tells a story and leaves me wanting to know more. The rider's pose; it looks like he could be having a smoke. Like the hero in a '50's film would smoke.

Being in black and white accents this aspect, i think.

The gear dropped on the ground, the stickers on the panniers, the wrist guard (or whatever it is) that is just barely visible, all are chapters on this story.

Thanks! Good eye there! My buddy was smoking one of those small cigars, he does use a wrist brace, and yes, it is an interesting location. Teziutlan, Puebla was founded in March of 1552, it's a 16th century city built on 3 small canyons.
Usually it is encased in fog, but every time I have been there it has been sunny and warm. If they found out, they would probably elect me mayor. LOL!
Glad you like the photo. I might be on to something.

One of those shots you take with many others, and, after looking at it on your computer later, it just says WOW! Thanks for sharing. Love it.
M

Glad you liked it.
Hope I can take my black and white work to another level, and maybe then I can get a handle on color!

I like the different levels in the photo. Bike on one level, gear up one level, rider down one, houses in the background are multilevel. Also, relatively new bike, old building, modern meets simple past.
M