It all started innocently chatting with the Bandit Guys from Down Under...

Texas T said:
What's the anniversary of the simultaneous Pie Run? Maybe we can coordinate one world-wide one of these days? Gotta factor in the Int'l Date Line though.
Click to expand...

Texas T said:
There's a thought! We have enough folks overseas, as well as members that travel abroad. The last Saturday in October will be the 25th. Let's just get everyone to have lunch somewhere that day, whether they join a Pie Run or not. The only criteria is that they need to have pie with lunch and submit a photograph to prove it.
Click to expand...

Arbee said:
Its a deal partner...

The scheduled TWT Pie Destination is Debbie's Pies in Hutto, 11:00 AM.

If you can't make that one - you must make up your own, a Ride for Pie on the same day, and report it (there will be a new thread in the Story Telling section that Kurt will start

That means all of the international locations that are too distant from central Texas can plan their own:

Out of state locations:

and any other spot where TWTers are located...

Pick Your Time
Pick Your Place

Unlikely but a hair of a chance...

I'm in! Hutto is very nice that time of year.

I think I can find my way to Hutto and back home.

Hutto for me - and I love this idea! How high can we get the total attendance numbers, folks?

maybe we shouldn't limit it to just pie, as I'm sure pie may be hard to find in other parts of the world, but rather any desert locals frequently enjoy

, chris will be proud of all of you!!

Very intersting. . Do you think this will be the first world-wide, organized, motorcycle forum event? I'd like to see the turnout numbers also!

Well, Hutto is a very far 5 miles from my house in Round Rock but I will try and save up the gas money to make it....Bill

Talk about a cool idea!

We're in for Washington state. Maybe I can even gather some of the locals up here for a good showing.

Firstman is in AZ, and if I get the transfer I'll be there too so Phx and Tucson will be covered.

TM - how about some commemorative T-shirts to celebrate the day?

What if I bake some pies and invite motorcyclists to my house that day?
Last edited: May 24, 2008

Consider me there and fully bloated with pie. 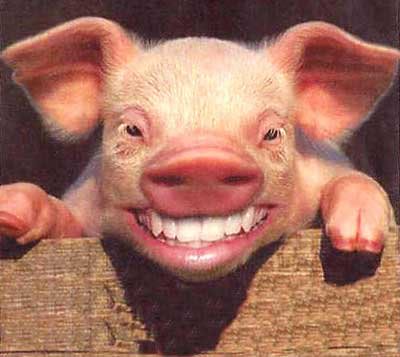 
Tracker said:
What if I bake some pies and invite motorcyclists to my house that day?
Click to expand...

Yep, that will work too...
"Let's just get everyone to have lunch somewhere that day, whether they join a Pie Run or not. The only criteria is that they need to have pie with lunch and submit a photograph to prove it."

group photos at every gathering would be cool, so we can get a feel for how many people participated

I'll probably be in North Carolina or Arkansas enjoying the fall colors at the end of October. I know just the place in Arkansas for pie!

Blast! The thread title had me thinking we were all riding to Mexico for pie.
T

looks like I will celebrate my 40th a day late with pie and wearing down the tires.

need a logo--somebody more talented than me good at simple T-shirt designs.

I was having trouble coming up with something for a banner image too. The banner is such an odd shape/size, it's tough to find pictures that work well.

I just took a nine day trip around NM, AZ, UT, CO, KS, OK, and back home. After visiting the Very Large Array (VLA) in NM, I ate lunch in Pie Town, NM. Pie Town is on Hwy 60 in western NM between Datil and Quemado. Pie Town calls itself the Pie Capitol of the World, or something like that. I had a good lunch and a great piece of blackberry pie. I'd like to stay in Texas for the IPRD, but it sure would be fun to go Pie Town each year for a crazy event like the IPRD. I have some pictures that I will upload shortly. Check it out: Pie Town, New Mexico. www.pietown.com It looks like their 28th annual Pie Festival is 13 September 2008.

Commemorative t-shirts will need to be created too. I would suggest that it be called the First Annual IPRD.
S

Hey, I just posted three pics about Pie Town, New Mexico. Go back a couple of posts and check it out.