Back in December of 2012, several of us on the board here (DFW_Warrior, Tourmeister, Duke and myself) went to a Joe McNally off-camera flash seminar. When it was over, we retreated to Dukes house to 'practice' what we learned. There, I pulled out my Nikon 50mm f/1.4 AF-S G lens and shot some images I thought were ok but 'soft'. Then Duke pulls out his 50mm f/1.8 AF-S and produces a sharper image with his. We both shot wide open. Hmmmmm

So for the past two years, I can say I've honesty used this (rather expensive) lens not one single time.

Fast forward to a few days ago and Duke mentions Nikon Fine-Tune, so I start poking around the 'net and come to learn there's a function within some Nikon bodies which allows you to 'fine tune' the focus point on AF lenses. This fine-tune process changes the focus point from either a front focus issue or a back focus issue to the center and is available due to the zillion factors which go into lens and body manufacturing and the tolerances involved. It doesn't affect the significant majority lenses, but it does affect some, one of which is mine with an apparent solution.

So..... Today I downloaded a chart, taped it to a pc of cardboard, put it at an angle about 24" away from the tripod mounted camera and opened the 50 up wide open, focused on the center line and shot.

Straight out of the camera with only a conversion to .jpg, here's what I saw. Very subtle, but NOT focusing dead center where I was focusing. Rather, the focus point is in front just a hair: 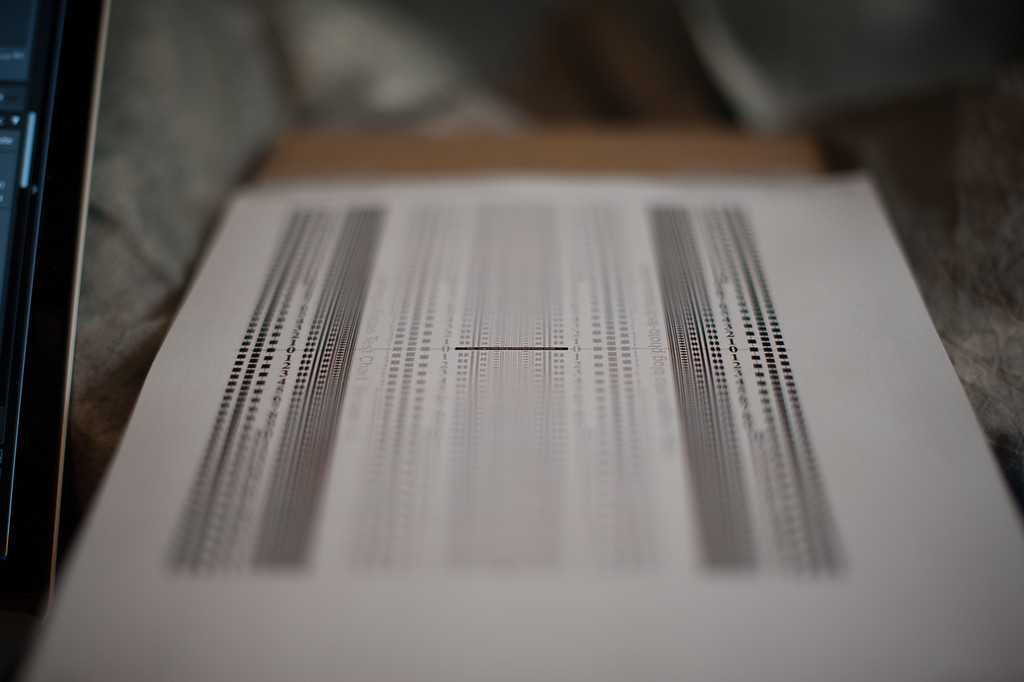 Here is the -15 version, a much more balanced run: 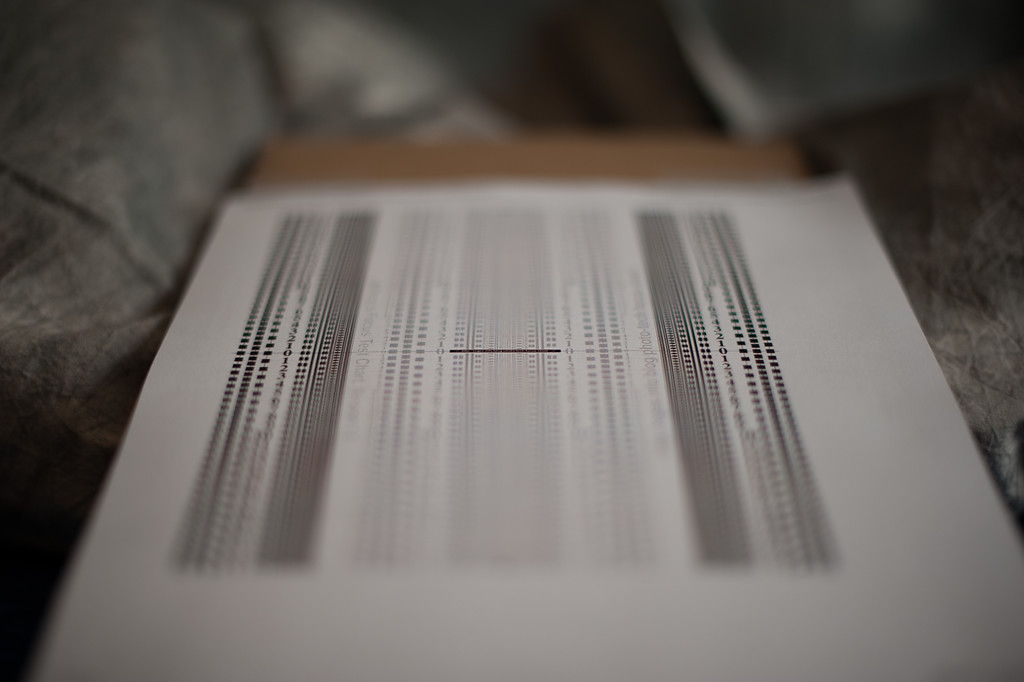 So with that, I went outside and shot a chapstick sitting on top of a jar with the focus point on BUR just below the purple cap where it meets the canister. Here's what I got shooting wide open at f/1.4. You can see it's focus point is again in front of where I had the focus point (look at the front label of the canister). A 1:1 ratio shot: 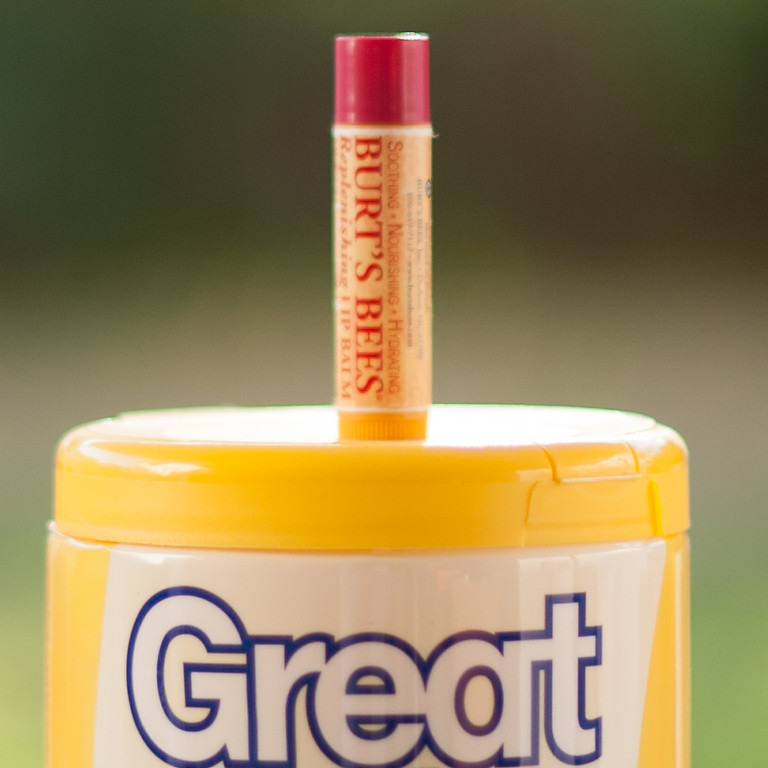 I then dialed in -18 (splitting the difference between -15 and -20 since most people who had an issue dialed in -18) and this is what I got. Same setup, just applying some Fine-Tune default to this specific lens, and again at f/1.4 with a 1:1 ratio shot. 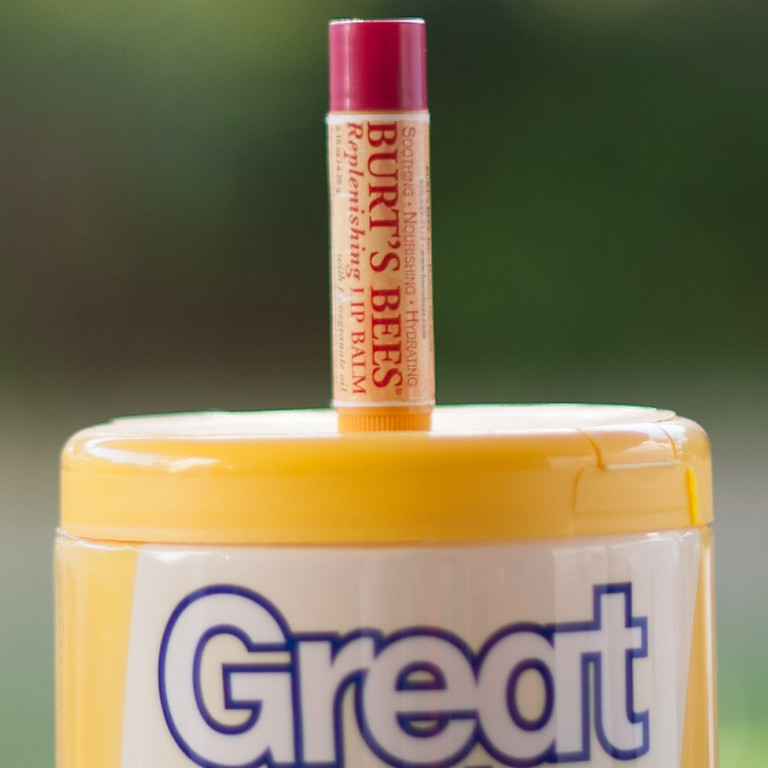 I think I can safely say, that this was one of those lenses which needed a 'correction' in the auto-focus point, which from now on will automatically be applied every time I mount this specific lens to this body. I sent them to Duke who viewed them on his monster-monitor and he said they checked ok there, so I think I'm good to go for starting to use this lens in my arsenal.

Today was a good day for learning.

Now, I just need someone with beautiful piercing blue or green eyes to test it out on.... 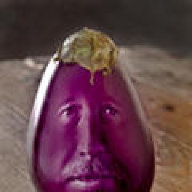 I have blue eyes.

I wish i had time to take my shooting to that level.

Gary, that exercise only took 20min tops to complete, so its very easy if your body has that capability. My shots were just plain old soft when you looked at them, and there just happened to be a way to address it in my case.

With my new Canon you can do this. Plus if I'm doing it on a zoom lenses, you can calibrate at both ends of the zoom range. It picks up the serial number off the lens so that even if you have two of the same lens, it has the correction right for each lens.

Rusty
Have you noticed any of your glass to be soft and tried this yet? From what I've read, it's really not a widespread issue across the manufacturers. And it seems mostly to be the primes, vs zoomers.

Here's the link to the .pdf I printed out along with the 'how to'
http://regex.info/blog/photo-tech/focus-chart

That's the tool I used to test my lenses back in December. Didn't you get that from my Dgrin post?

My 150-500mm had a bad front focus issue on my T1i, but is much better on my 7d2. I have not taken the time to check with the chart though. I probably should just to make sure. I am getting some very sharp shots with it though. I actually think it is a step everybody should do even if their camera doesn't support adjusting. That way you will know if you have a camera or just a lens issue. If you do it every time you buy a new lens then you know whether you need to send the lens back to get fixed (if your camera doesn't have ability to adjust or can't adjust to that lens). And test a new camera to make sure it is good. If it front or back focuses with all your lenses, it probably needs to get fixed first.

This is great info. I have a little 50mm f1.8 that I swear is not focusing right. I will try this setup. I found a link to a page with that chart available for download.
http://regex.info/blog/photo-tech/focus-chart#print
Last edited: Jan 17, 2016

I redid my big lens with the DotTune method. Much faster and I've very happy with the sharpness now. This video is for Canon cameras, but if you google, you can find a Nikon version.

Both my D7000 and D750 have that fine tune ability. Once set, the camera should remember it for that lens and you should never have to do it again. I think both of mine will remember up to 12 lenses. I just downloaded that exact same sheet from the same website last night. I just haven't had a chance to work with it yet.

So as you might recall, I have been griping about focus issues on my D7000 since I got it. I just set up that same test sheet and this is what I got with my 35mm lens at f1.8 and put it on a tripod. I used the timed release as well.

This is with fine tune off

This is with fine tune off

I am wondering if this camera needs to be sent to Nikon for service? I should probably have done it long ago but I thought the problem was me, not the camera

I bought it in Dec 2012 and I am pretty sure the body has a 5 year warranty (I registered it when I bought it).

The D7000 body is going back to Nikon. It's out of warranty so I have to pay for it. But there is no point keeping a body that won't focus. I think after it is fixed, assuming it works as it should, I will just keep it instead of selling it. That way my closet can look like my garage

It'll be a good MC camera. Less worries about damage to the new one. I did the same for about 6 months last year...then we rode to Montana and there was no way the new camera wasn't going.

Well, there are advantages to the DX format for some applications. Shooting telephoto for things like birds and critters would be one where it is good. I tried it with the 55-300mm lens but could never get decent focus and got rid of that lens before figuring out the body had an issue. Now I am kind of wishing I had kept that lens

Telephotos for a DX are a lot cheaper than for the FX format! I just hope it fixes the problem. I was going to sell it, but there is no way I could sell it with a problem. By the time I pay for the repair, I might as well keep it.
You must log in or register to reply here.
Share:
Facebook Twitter Reddit Pinterest Tumblr WhatsApp Email Link
Top