Spartan75 said:
JB weld will fix it
Click to expand...

That pic ? You still have the bolt and casing ? Lol I've got a bike in the garage missing the exact pieces.

And yes JB Weld is holding well as a patch. 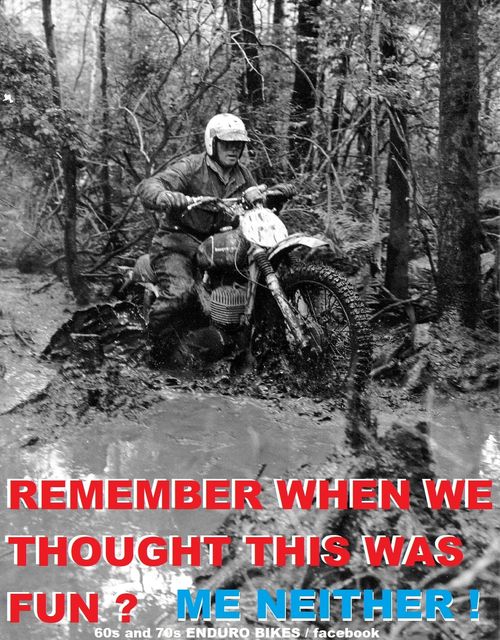 Painfully true for me. 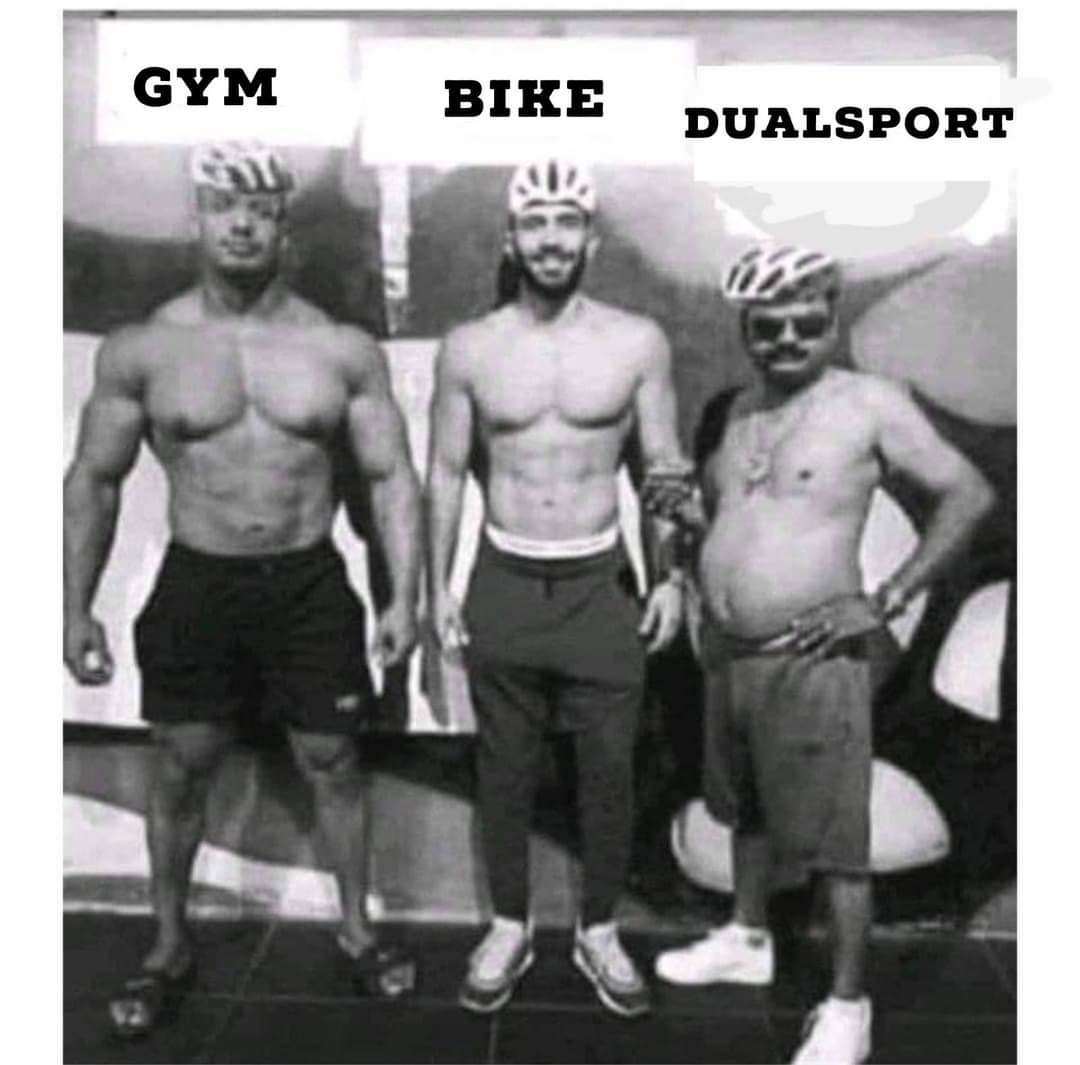 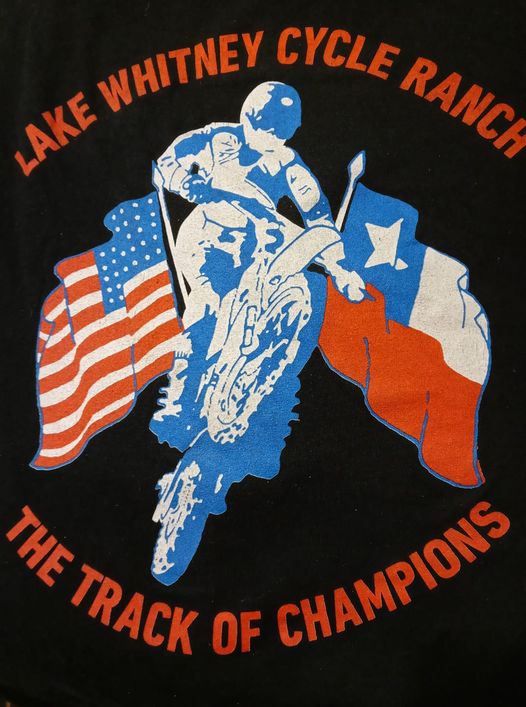 Raced there during the Texas Series one year (89 I think) - awesome track. There was an uphill section that I was in 5th gear screaming up on the CR500 during the practice lap (my first time around the track) and it dawned on me that once I reached the top, I was going to keep going up. I let off, but not soon enough. I launched off the top and realized the track made a turn to the left. It kinda made a horseshoe around a piece of grassy area that looked like a peninsula and was covered with people. I was headed for them in the air. People were falling over themselves trying to get out of the way. Somehow, I managed to get the bike down on the track and make the turn. Can laugh about it now, but both myself and those people were screaming in fear for a moment.

Wow, poop in your pants moment.

He’s talking about the Texas flag. Blue field should go top to bottom. The flag in the picture is the Chilean flag.

But as great as Lake Whitney was, I’m happy to give them a pass.

Well ok! lol Is that kinda like horns down? Ok likes that one!

woodsguy said:
Well ok! lol Is that kinda like horns down? Ok likes that one!
Click to expand...

Yes, Using the wrong flag would be an insult to some Texans. Like horns down.

I was just making a joke. A lot of people use the Chilean flag emoji in place of a Texas flag

Seven of us were riding in Colorado in 1993. We stopped at a restaurant near Blue Mesa Lake and one of my co-riders mentioned they had a Texas flag flying upside down. I mentioned it to our waiter and he said, "Yeah, we know." We got up and left and so did a couple at the next table.

humanrace said:
Seven of us were riding in Colorado in 1993. We stopped at a restaurant near Blue Mesa Lake and one of my co-riders mentioned they had a Texas flag flying upside down. I mentioned it to our waiter and he said, "Yeah, we know." We got up and left and so did a couple at the next table.
Click to expand...

Pretty wild. I'd leave too.

The US and Texas flags outside a building where I worked off Loop 360 near Arboretum in Austin would hit tree limbs and fray when flown at half mask. It was getting expensive. The facility manager wanted to know if the trees could be cut back but didn't want to make them look unbalanced. These were big expensive flags. I told them the other alternative is to call the President and ask him to pull out of the Middle East. They didn't think it was funny and neither did I. These flags had special cloth on the end to keep them from fraying (it didn't work) and were several hundred dollars and had to be ordered and shipped. They also flew the Texas flag at the entrance to the main building all at the correct staggered heights surrounded by trees and spot lights. It took two grown men and a boy and a big ladder to change them out. Anyway one of the new flags touched the ground as we were struggling to put it up and we thought should we have it burned, even though it was our last one. At the time we had like half a dozen ripped ones stored to deliver to the the Boy Scouts who never seemed to happen. I said no and we flew it just a little higher than half mask to miss tree and hoped that the wind would not change to a strong north direction and rip it. Appearance means a lot to corporate America even the foreign owned and operated ones. When we got back in the shop I took the box that the flag came in and pointed out the words, "Made in China." or Indonesia, It was a long time ago, but I know it wasn't made in America, not that that makes a difference,
To me the flag is like a Bible, it's not the physical book that is holy. We honor it because of what it represents. Both represent freedom that was and is nowhere close to free. It has to be blood bought and truly honored by the heart of a people as well as displayed on a pole or a book shelf. Sometimes we have to dust them off. Isn't that a CW song? Some mistakenly fly Texas flag upside down. America honors the memory of many by flags half mask. 9-11-2001 is an example I hope we never forget.
I would have left the restaurant flying the Texas flag upside down as well because they intentionally were doing it.
Trivia, anyone know why some flag poles have that gold round ball on the top?
God bless America, Texas and Davy Crockett.
Last edited: Dec 3, 2020

humanrace said:
Seven of us were riding in Colorado in 1993. We stopped at a restaurant near Blue Mesa Lake and one of my co-riders mentioned they had a Texas flag flying upside down. I mentioned it to our waiter and he said, "Yeah, we know." We got up and left and so did a couple at the next table.
Click to expand...

When you think about the percentage of their income that came from Texans, this is probably a case of biting off your nose to spite your face. 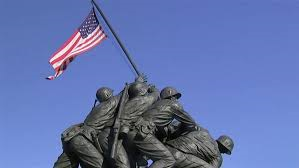 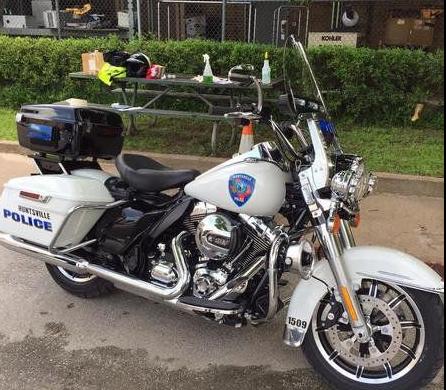 A Huntsville City Council member questioned the continued utilization of a motorcycle patrol unit during the consideration of a near $1.8 million vehicle fleet replacement.

I wonder if Goldwings would be any cheaper? Folks aren't happy here, Road Pirates is a popular name. I don't know either one, but one of them definitely enjoys his job! lol Ticket writing machine! He had never given a 2nd look as a fellow rider. Which he doesn't have too, just weird. 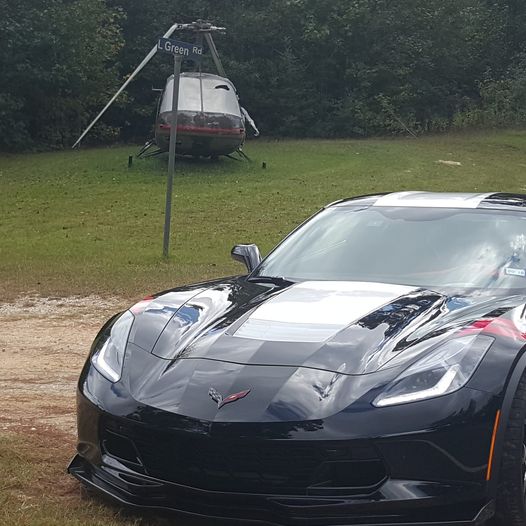 I still kick myself for selling this car, what was I thinking! 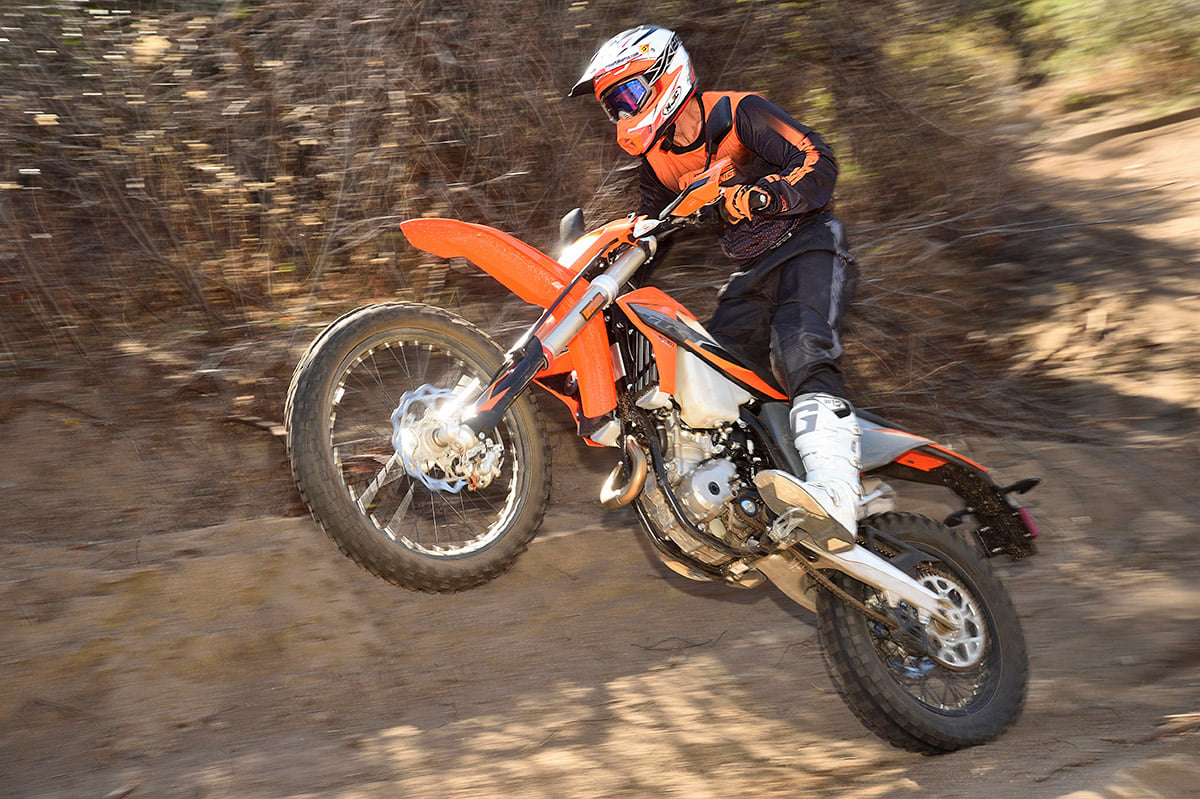 Some say the EXC line of KTM's won't run to uncorked, maybe not, but this one does, lol!

Wow, that US Navy carrier assault ship fire may have been caused by arson! Still investigating. 22 Y.O. carrier being scrapped. Loss in the billions. 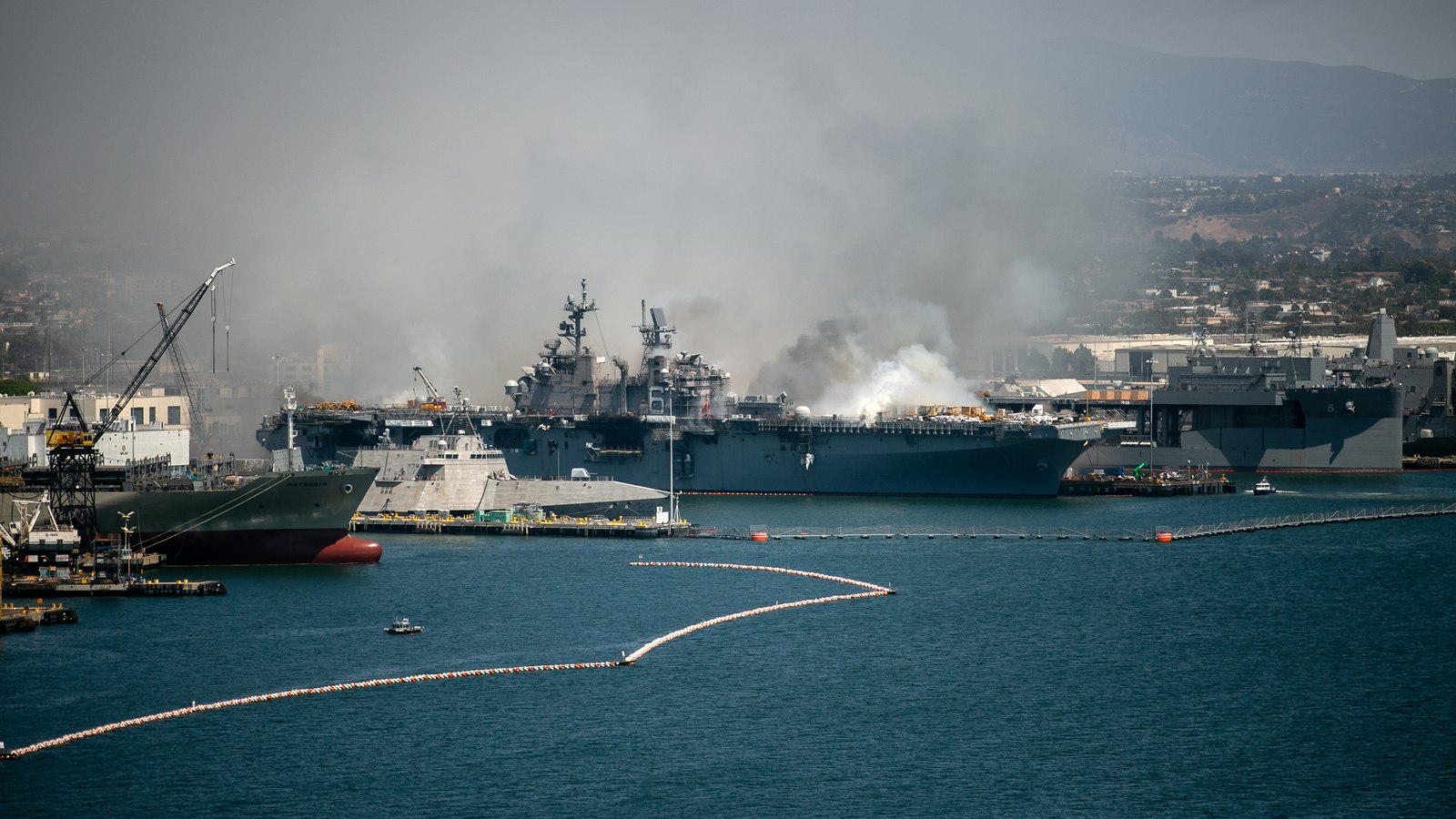 USS Bonhomme Richard, ravaged by fire in July, to be decommissioned, scrapped

At 10:02 a.m. on August 27, Krakatoa erupted with a sound that is, to date, considered the loudest sound ever clocking in at 310 decibels. For reference, the sound from the atomic bombs dropped on Hiroshima and Nagasaki were 248 decibels.


Experts believe anyone standing within 10 miles of the explosion would have been rendered instantly deaf. The eruption was loud enough that it was heard by residents of Perth, Australia, some 1,900 miles away, as well as residents of the island of Rodrigues which was 3,000 miles away. 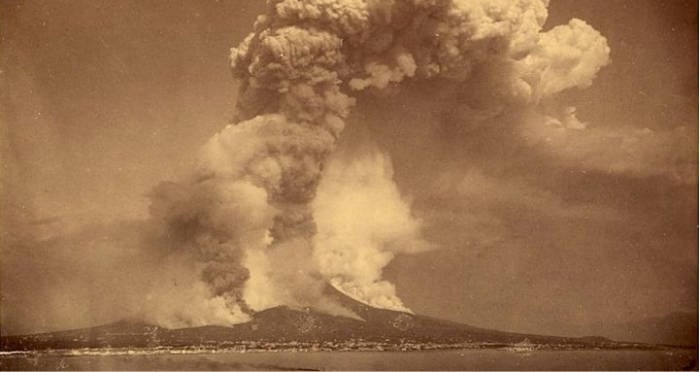 Experts believe anyone within 10 miles of the eruption was rendered completely deaf.

for comparison. Notice the compression condensation that forms from the shock wave in the atmosphere

Incredibly, the sound wave created by the volcano continued to reverberate around the globe, causing a spike in air pressure repeating roughly every 34 hours. Spikes were detected in more than 50 cities around the world, thus indicating how long it actually takes for sound to circle the entire Earth.

No year date included for first.