Ok, so who has checked one out? Ridden one or maybe even already snagged one? I need to stop watching YouTube videos, but so many bikes and such a small wallet!

There are some post about it on the Africa twin 850 thread.

Haven't ridden one, but set on both. I really like the "feel" and sitting position. Nice looking bikes, not sure about that darn tank tho. Shack had both of theirs pre-sold. Not sure if getting more or not. At $14000+ doesn't matter for now, lol. 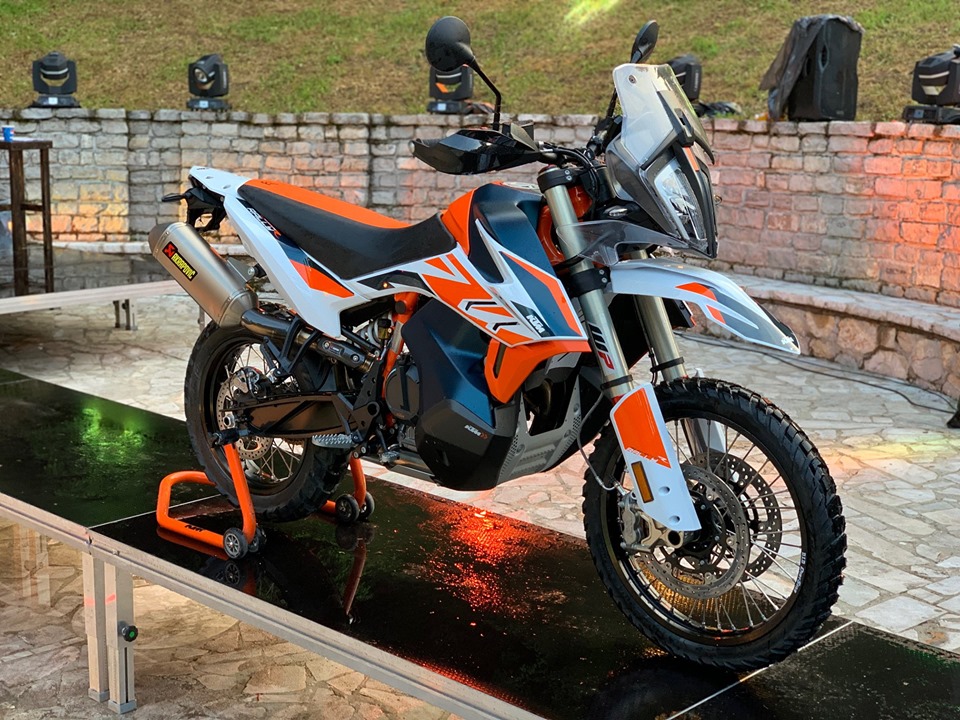 This is the one, Rally, article said only 500. I didn't even know about this one!

ADVENTURE WITH NO LIMIT: INTRODUCING THE KTM 790 ADVENTURE R RALLY

KTM lifts the covers off its most hardcore Adventure bike for 2020 – the limited edition KTM 790 ADVENTURE R RALLY. Restricted to just 500 units worldwide, the third and newest member of the KTM 790 ADVENTURE family is positioned as the most travel capable rally bike.

I think there is about 60-70lbs weight difference from what I've read. Not sure what that's worth to folks. That is nice deal on the 1090R though!!! Wish I would've considered that bike more before I purchased the Scram. So many people scared me away talking about KTM maintenance. However it seems most of the folk on here get along with their KTMs just fine.
J

I have sat on both and by far the 790 feels much lighter and felt like a much smaller compact bike..It felt comparable to my DR 650, size and weight wise..
J

FWIW.. I would be willing to bet 790`s will start popping up used by fall..

jetdr21 said:
I have sat on both and by far the 790 feels much lighter and felt like a much smaller compact bike..It felt comparable to my DR 650, size and weight wise..
Click to expand...

How do you speak such truths!!!!

Beautiful bike. Too bad owners will ugly it up with silver metal side bags, top box, engine guards, lights, sheep skin, and then toss it down in a pile of rocks. 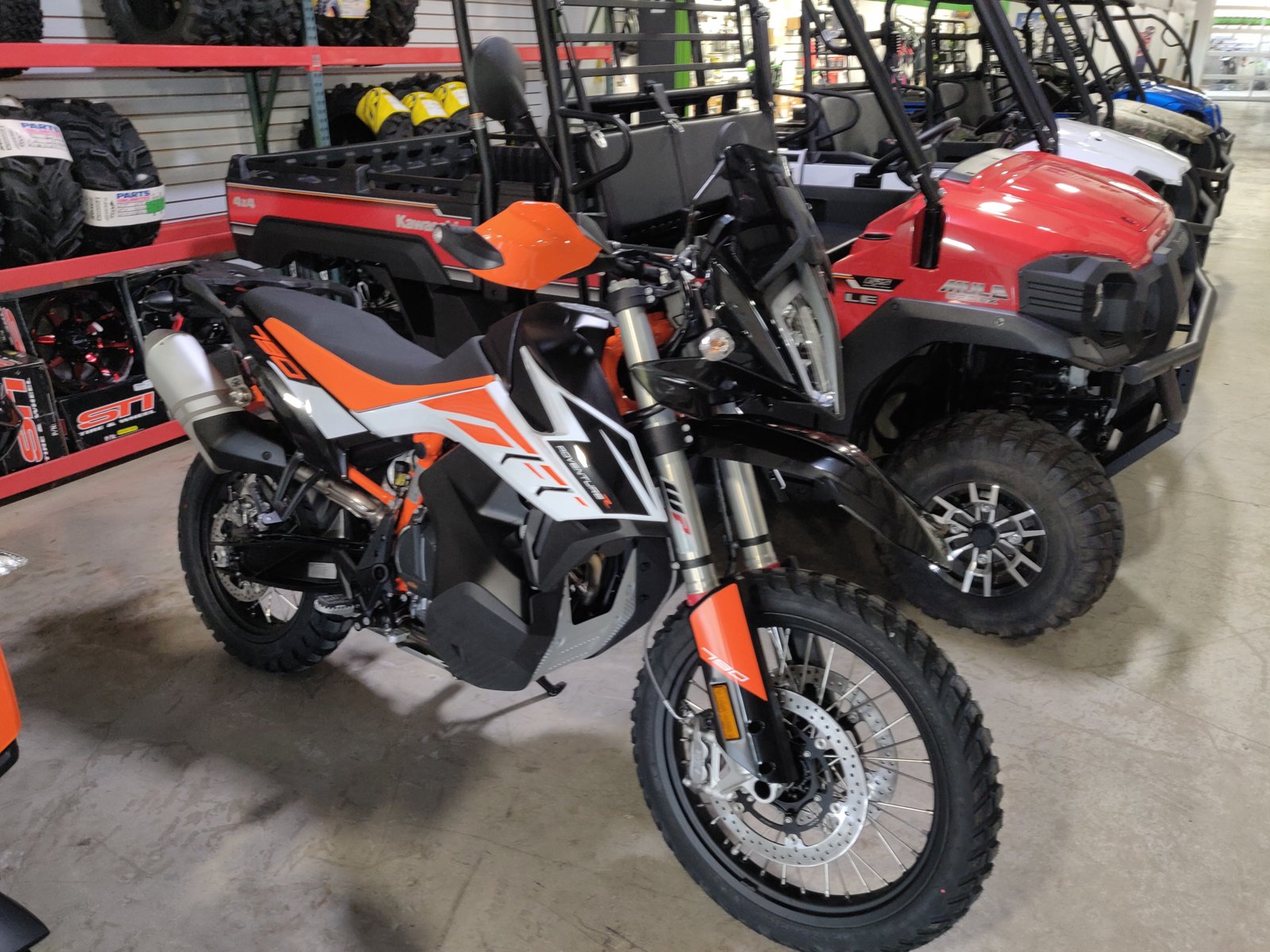 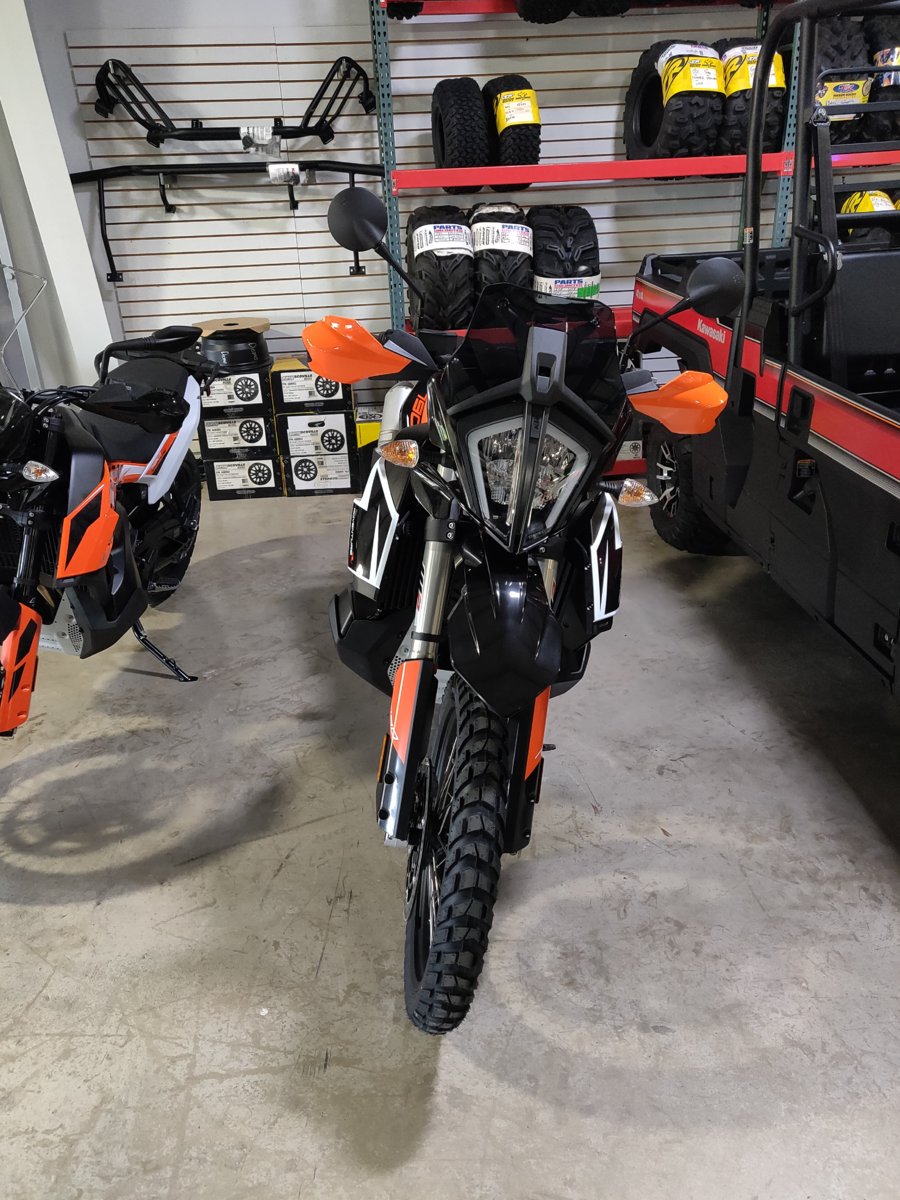 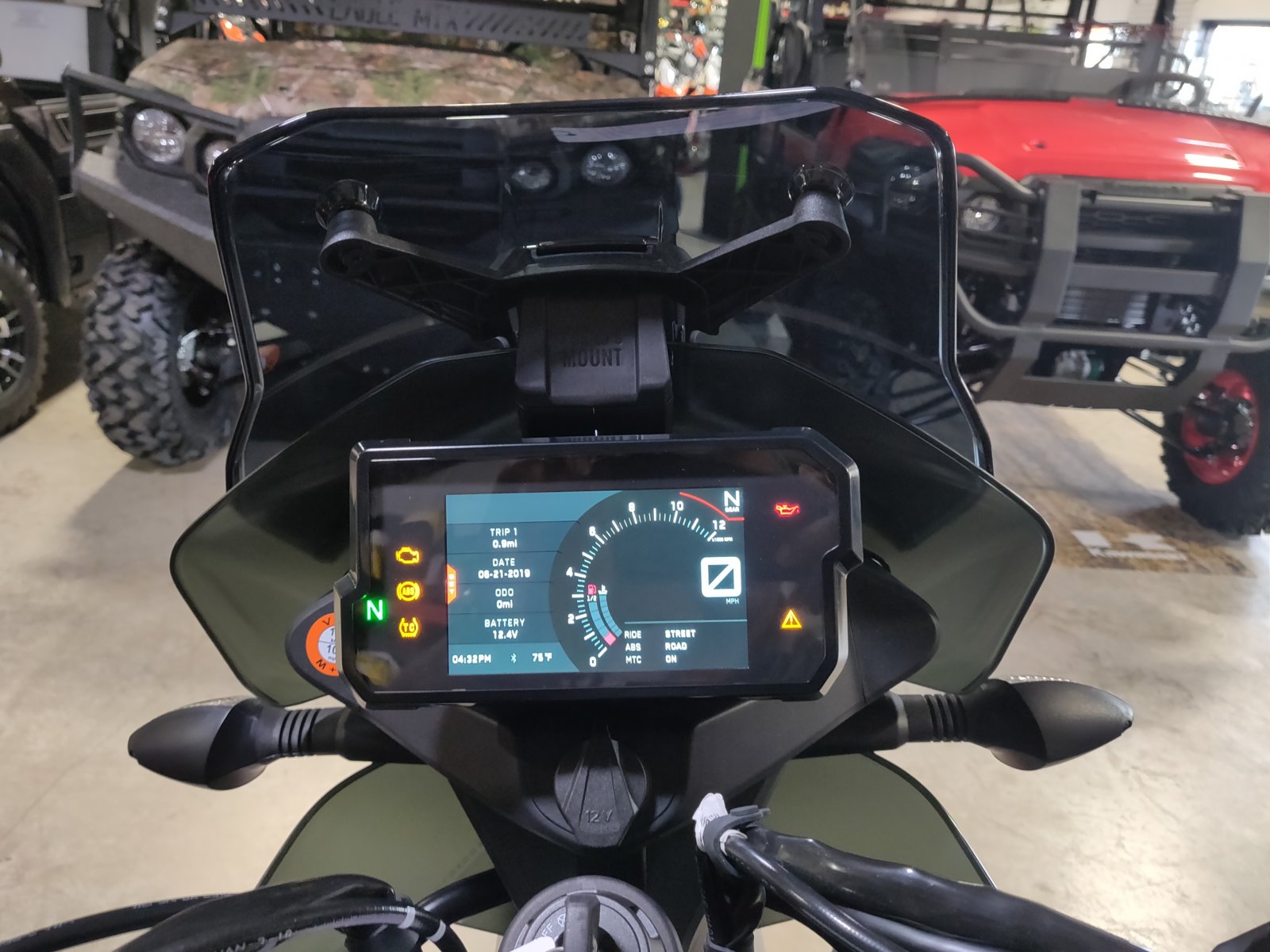 790 Adventure R and a regular one.

Dont buy it dude. Too much baggage, modes,etc

StromXTc said:
Dont buy it dude. Too much baggage, modes,etc
Click to expand...

Walked away to think about it more.....sigh!

Go for man, it’s only money!

synthlegend said:
Walked away to think about it more.....sigh!
Click to expand...

Go far it, wish I had the coin.

Well having bought two bikes recently, I'd have to finance this one...that's the big issue. I don't really have the coin.

synthlegend said:
Walked away to think about it more.....sigh!
Click to expand...

Ride what ya got! It's my motto

synthlegend said:
Well having bought two bikes recently, I'd have to finance this one...that's the big issue. I don't really have the coin.
Click to expand...

Ride what you have and get some experience. There will always been the new and exciting bikes calling your name. It is REAL easy to get caught up in all the excitement and hype about the new bikes dreaming about how awesome they will be to ride and how they will make you a better rider. When you have more experience, you will have a much better idea of which bikes to listen to

Tourmeister said:
Ride what you have and get some experience. There will always been the new and exciting bikes calling your name. It is REAL easy to get caught up in all the excitement and hype about the new bikes dreaming about how awesome they will be to ride and how they will make you a better rider. When you have more experience, you will have a much better idea of which bikes to listen to

Agree. And.... for most of us, not having the perfect bike isn't our limitation. Mine is time....if I have the time, I can ride the bikes in my garage and have a great time. Yeah...maybe it would be slightly better with a better bike for that ride.....but I can ride the bikes I have and the ride will be 95% as good.

Point being...I'm not in the middle of a great ride in Arkansas on my GS thinking about a KTM 790R. I'm thinking about how much fun I'm having on my old GS. I think about the 790R when I'm stuck in front of my laptop and am dreaming about my next ride.

When I have to pick up my GS, I AM thinking about how much fun it would be to be riding a lighter bike

I just finished six days of fantastic street/dirt riding in Northern Georgia, South Carolina, North Carolina, and Tennessee on my 2017 GS Rallye. I was riding two up with my 12 year old son and all our luggage (hotels every night so no camping gear). For some of the dirt we were riding, the big GS was a handful, although it did all of it without any problems. Riding a 790 Adventure solo might have been more fun perhaps, but then I could not have taken my son. Or, if I tried, the 790 likely would not handle a passenger with all that luggage as well as the 1200.

My 07 1200 GS would have worked for this trip, but I have to say that it was a lot more fun on the newer 2017 1200 GS Rallye! So I am not totally against new bikes. I just try to resist getting caught up in all the mania about new bikes. For instance, I would never be one of those people that put down a deposit on a new bike the first year it comes out. I am okay with getting a bike that is a few years old so there are fewer surprises. But, I don't begrudge those folks that do go after the latest and greatest bikes! They supply the used bike market

But yeah, the time thing really is the biggest issue for me.

I have lots of time to ride and do as much as I can. Which is why I've been inudating the forum with posts and pics. Unfortunately, getting back into riding after a few years, I was not initially sure of what type of riding I wanted to do. I bought the Triumph because I've always wanted one and love the retro look. Wanted a bike that sits higher and a bit more comfortable on long trips so I got a used V-Strom. After my first trip wandering around on dirt roads near Navasota and then later to SHNF, I realized I enjoy slow cruising on dirt and backroads much more than city and hwy riding. I see more and more paths and trails that I want to explore, but nvr quite sure if I want to attempt on my large bikes. I'm big and strong, don't have much trouble lifting the bikes, but that doesn't mean I want to.

Sure, I'm obviously gonna ride the bikes I have, but In the meantime I will be definitely be looking for something lighter. I know what kind of riding I enjoy the most and I hope to expand it a bit more into more exploratory. Might hit some street, might stay on the dirt. So whatever has to be ready for both. So far the Strom works fine. I have turned around a couple of times instead of risking dumping the bike as the trail escalated in complexity. I do want to get something that I can rock out of a rut or pick up fairly easily when I fall.
You must log in or register to reply here.
Share:
Facebook Twitter Reddit Pinterest Tumblr WhatsApp Email Share Link
Top