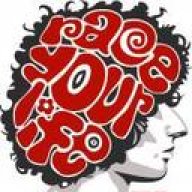 Here is a list of what I've done so far.

I just ordered some Moriwaki high mount slips to replace the Satos. The Satos are the best and most powerful but are also the loudest, which really sucks. 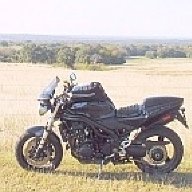 Nice bike. I'd enjoy following you just for the listening pleasure - provided you didn't run off and leave me.

Do you take longer rides with your '51? I sat on one recently at a dealership and could barely fold my legs up enough to get on the pegs. I'd like to blame it on my 35" inseam, but 44-year old arthritic knees don't help either. Ah, to be young again...

Sweet looking ride Booth! I really like the clean look of the unbadged pipes. Sure would like to hear them! Have you taken the bike out on the track yet? 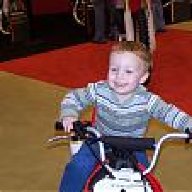 Love the RC, that V-twin get up and go. I only wish I could afford to own many rides cause this would definitely be my superbike choice.

I can ride the 51 all day. I had to put a set of racing clip ons (Satos) that bring em' up an inch and out, and a Corbin. It's as comfy to me as my 98VFR800 was albeit more aggresive riding position. I like to do 200-300 mile days but that is all twisty, no slab. I'm 6'2" and the thing fits me well as far as the riding position. The rearset location is ideal and no where near as cramped as a GSXR.

Yeah it's fast. On the dyno it makes the same RWHP as my 929 but it has more torque and the power is lower in the RPM range which means it's faster around turns. I tried the inline motor for 2 years and I can honestly say I'm done with it, won't go back. Give me Vees or give me nothing. I'm going to buy another 98-01 VFR in the future and the V5, if Honda makes it, will mean 3 Vees in the garage.

Scott, this bike probably won't see much track time. For the track you need something you don't mind tossing because eventually you'll take yourself out or someone else will take you out. This bike is a canyon carver only methinks. I might do a good school on it like Pridmore's or something, something with good instructors. Or maybe I just have a bad taste in my mouth after attending Code's school @ TWS.

Yeah I'd like to hear about your experience with Code as well.

Well Code's school was the first one I went to. All the slots were filled up for your own bike so I had to rent one of the Kawisucki 600's. Of course I'm in the level 1 class as I am a track rook. There were I think 3 instructors riding each session, I got to follow one once all day. They would stick with the fast guys and left the rest of us out of it

In the next to last session of the day, is where it happened. Towards the end of the track, there is a left, then an immediate right. Now rules for this session were 4th gear no brakes, and all day rule was a minimum of 6ft passing. Well I guy tucks right under me on the left hand turn, when we go to the immediate right, he wails on his brakes and takes my line. IN other words, he went in way to f*cking hot, went past me on the left with 6 INCHES of passing room, then muscling the bike back over for the next right I see my line is taken. I can run into the back of this idiot on a 916 or run off the track into the grass. I chose the latter, I was in the grass, brought the bike safely to a stop and got back on the track. The corner workers were right in front of us but claimed to see "nothing but that one guy running off the track". Then they redflagged me and started lecturing me. I chewed that poor girl out and told her what really happened. I was so pissed I wanted to knock that idiot out (guy on 916). I was so pissed that I packed up my sh1t and was leaving when Keith stopped me and asked what happened. I let him know that his instructors suck and so did his cornerworkers. There were about 3 guys in our group that were way too fast (and reckless) to be in a level 1 class, this should have been recognized by an instructor and they should have been bumped up into level 2. The guy on the 916 (turns out) was racing 2 other guys during that session. This is my problem with the track, too many yahoos. I admit I wasn't very fast that day but I was passing riders, leaning more, increasing my skills. Meanwhile, some jackasses are racing around the track, it went unnoticed until I brought it up. The track is a great learning tool, by far, but only 1 jackass can ruin it for you. I couldn't imagine taking the RC to the track only for some dip to run me off, collide with me, or whatever because he thinks he is Rossi. I mean @ code's school, there were some guys with complete rigs, enclosed trailer, lap timers, 2 sets of leathers, and in a level 1 class LOL. I don't like riding with people that are out to prove something, they are just too dangerous. I value my skin and my bike too much. 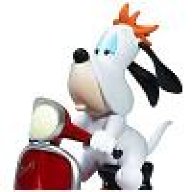 Hmmmm, interesting experience. I don't blame you for being upset.

I was thinking of taking this school in Sept. at TWS.

What was Keith Code's response when you related your experience?

I was planning on riding the Futura up, but using their bikes on the track. I imagine I'd be the slowest rider in the history of track schools, so this kind of squidliness concerns me, as it'd be my first track school/day(s).

Thanks. Congrats on having the presence of mind to handle the situation.

Well... That is an interesting experience, no doubt. I have never been to one of his classes. However, a lady friend of mine took the level one class and raved about it. She was lacking in confidence prior to the class and was a little timid on the bike. Now she rides much more confidently and her improvement was immediately and visibly obvious to me when I rode behind her later. She could not say enough good things about the class. Perhaps she got more attention being a woman?

But I suspect it is like other things. The group of "students" you happen to be mixed with is a luck of the draw. We had some real dweebs in our MSF class that were screwing it up for everyone else. But other people have a good mix of people in their classes and have a blast. I imagine the same thing happens everywhere. It only takes a few bad apples. The interesting thing is that the school's staff was not more aware of the problem and apparently did nothing to fix it.

I know that Code does not transport a full staff everywhere he goes. He has a very small core contingent of people that travel with him and the rest are locals that he hires for the school. I've no idea how strict his hiring requirements are for corner workers and the on track instructors.

When you told Code his class sucked, did you tell him why? I'd like to know what kind of response you got from him. Did you ever stop and inform Code, the corner workers, or anyone else about the nutcases on the track prior to the incident? Too bad you weren't on the video bike!

I let him know and he told me to go out with the other level 1 session. He was nice but I could tell he also didn't care too much either. While I was giving him a piece of my mind, he was helping a guy that had just broke his collarbone. I didn't ask for the details. My advice to you is skip Keith's school and attend someone elses. Bruce in Tucson had a similar bad experience with Keith Code. I know of other schools that are much more attentive.
You must log in or register to reply here.
Share:
Facebook Twitter Reddit Pinterest Tumblr WhatsApp Email Link
Top