Northern Arkansas and Southern Missouri - Based in Harrison, Ar.

Here are the track files from our ride Memorial Day weekend 2019.

Definitely looks fun. Ya'll traveled some miles! Arkansas is the Bomb for on and off-road.

It was all excellent riding. The quality of the pavement on the roads in both Arkansas and Missouri was quite good. I think both states have been busy with repaving since my last trip up there! Some of the roads were perfectly smooth with incredible traction! The dirt roads were all in pretty good shape as well given the amount of seriously bad weather they were getting in the weeks before our arrival. None of the dirt roads were super technical, but riding two up with my son on a 1200 GS, a few spots were challenging in terms of having to be careful and really paying attention to what I was doing.

None of the concrete water crossings with water over them posed a problem. The longest one wasn't real slick for a change. We did do one creek crossing just East of Ava, Missouri. I made my son get off and hop rocks to get across. It wasn't wide, but there was a sandy bottom on one side and then multiple rock ledges on the far side that ran at a bad angle relative to the necessary exit point. Basically, you had to hit them at almost a 45 degree angle on the climb out. Had they been slick, it would have been quite difficult. As it was, there was enough grip to just motor on through and climb the wet bank on the far side.

Some of the dirt roads were REALLY rocky because they were freshly graded, presumably as a result of the bad weather. This meant there were no clean tire tracks to ride in. It wasn't a problem, just more to pay attention to, especially in down hill corners where the big bike wants to pick up speed!

Great routes, thanks again for putting these together Scott! 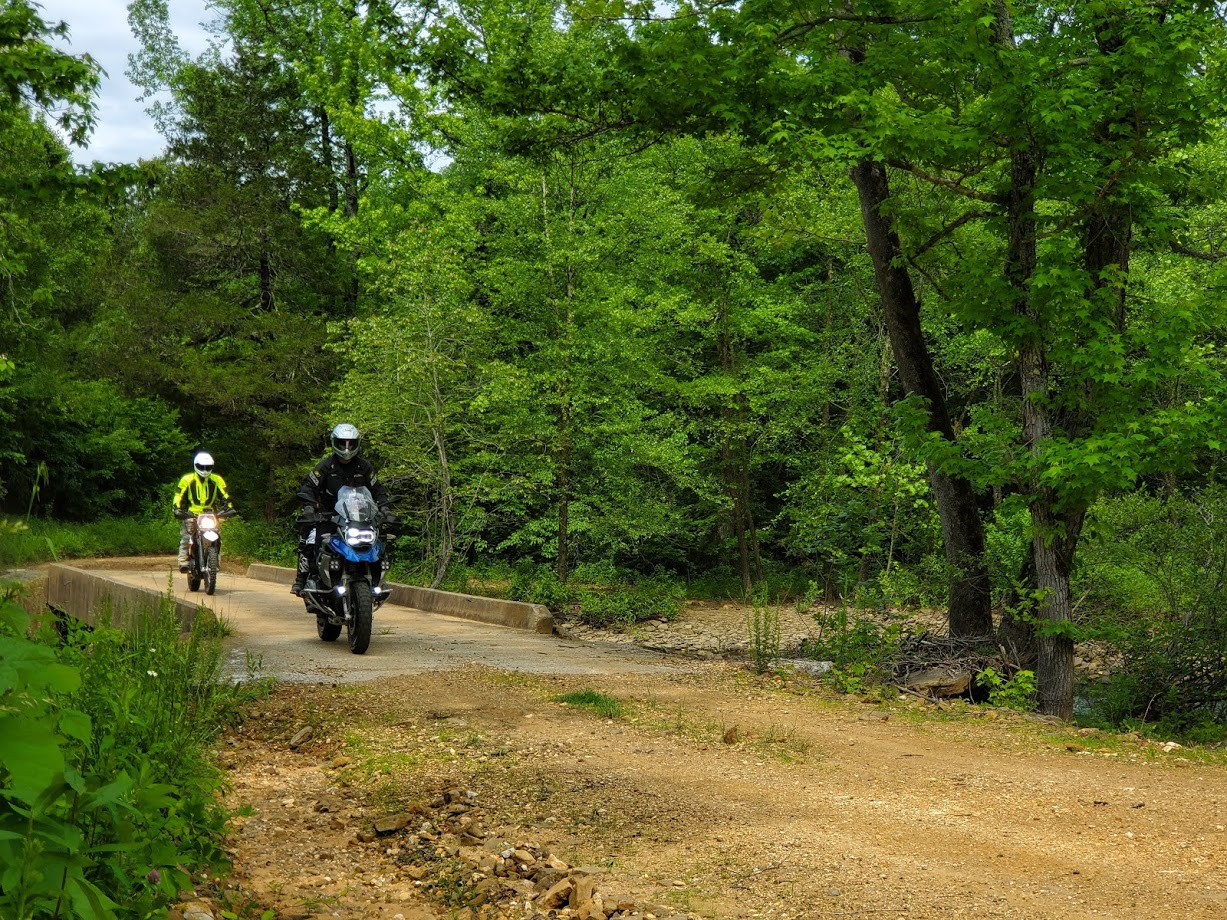 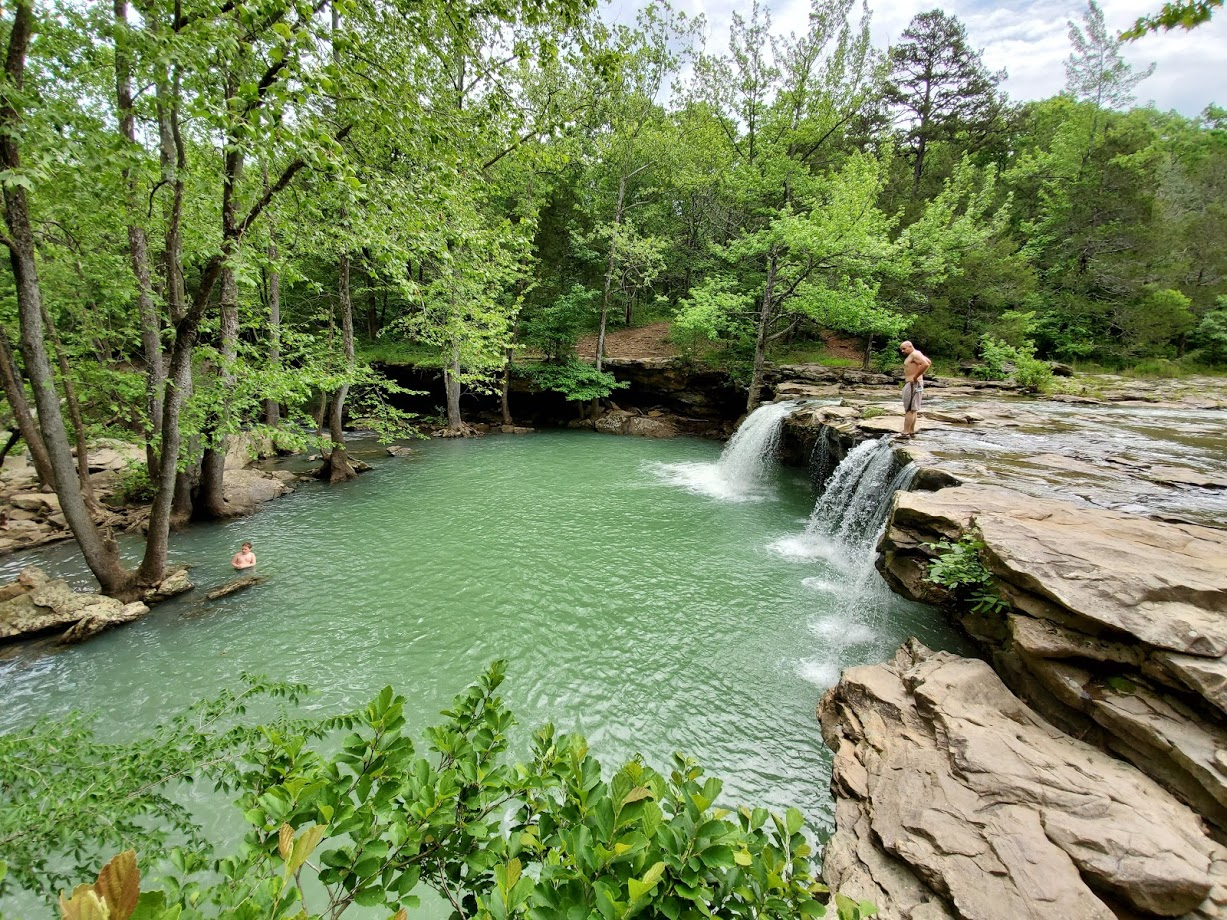 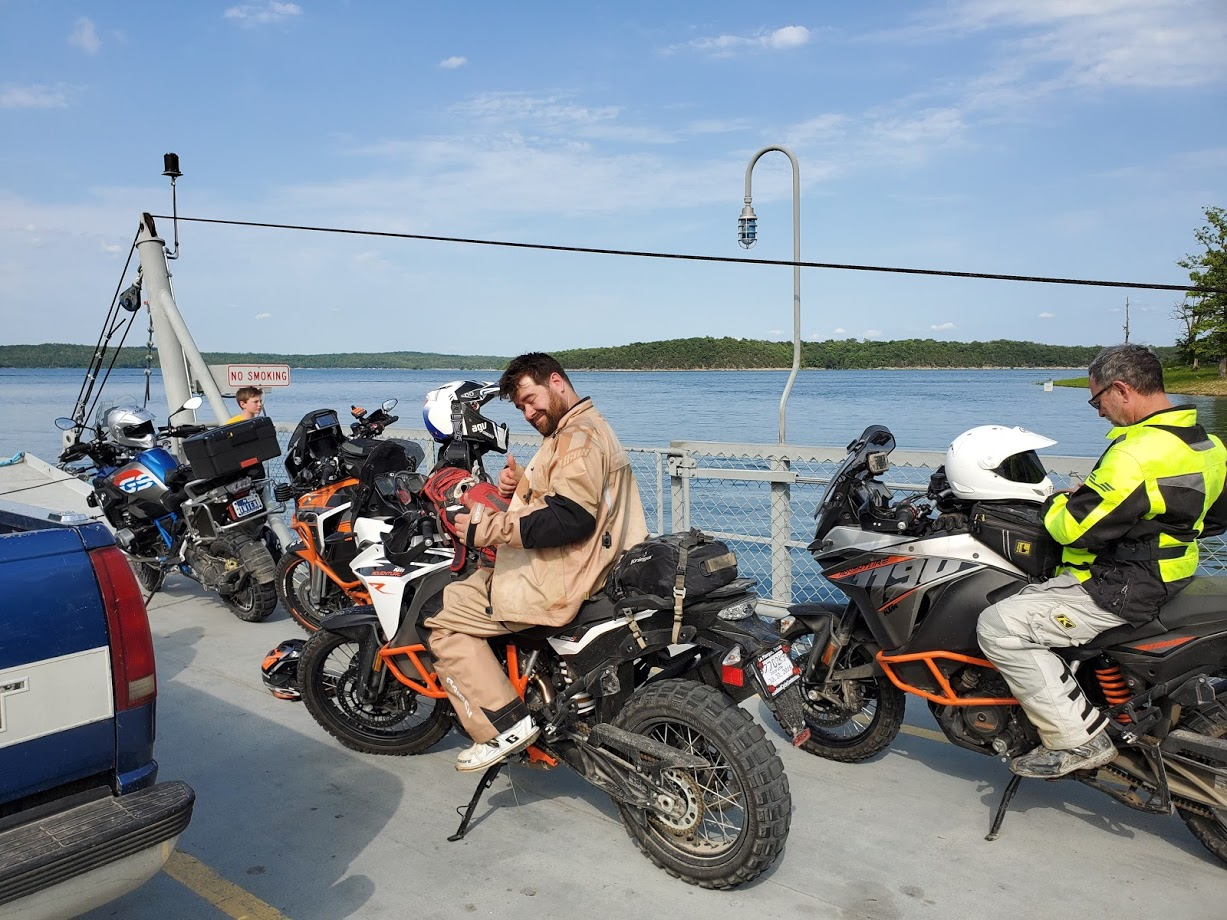 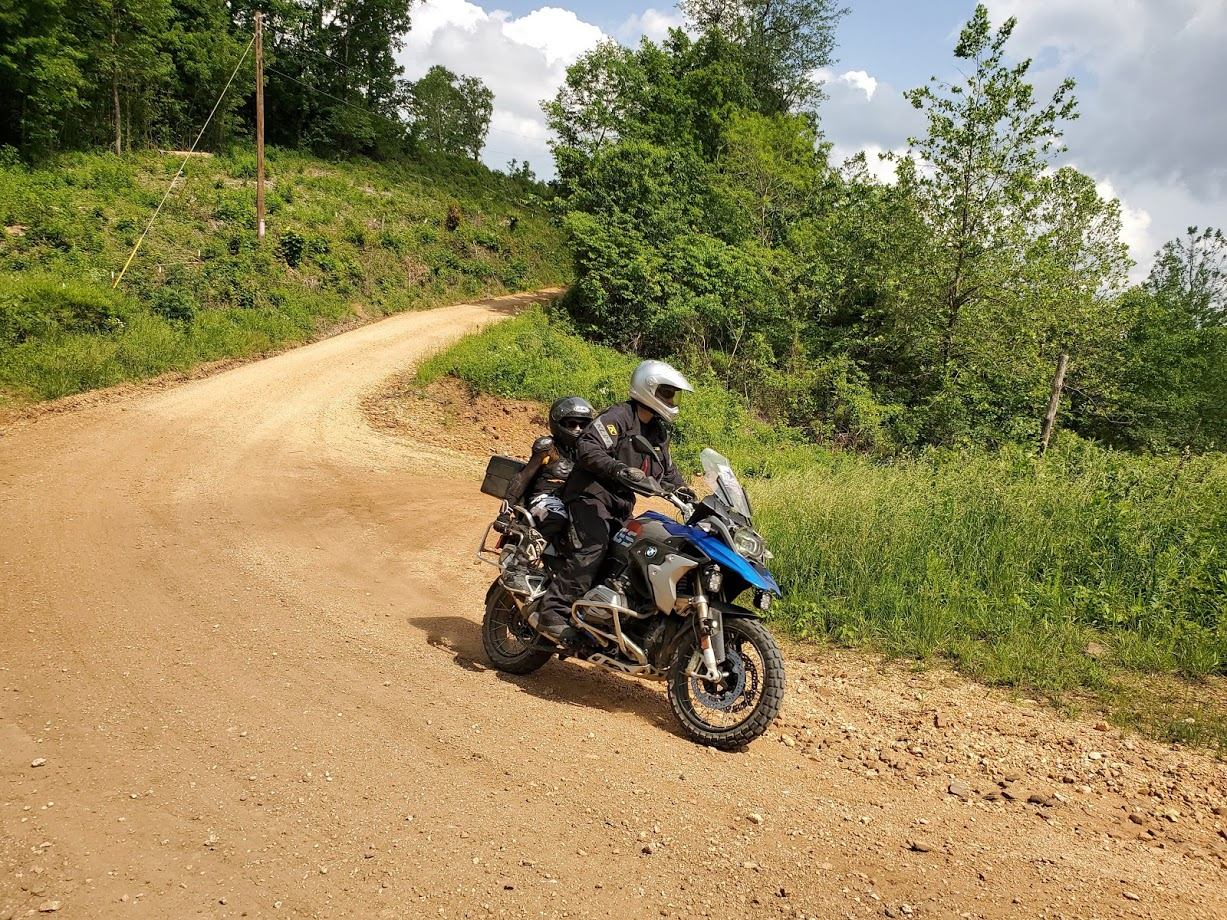 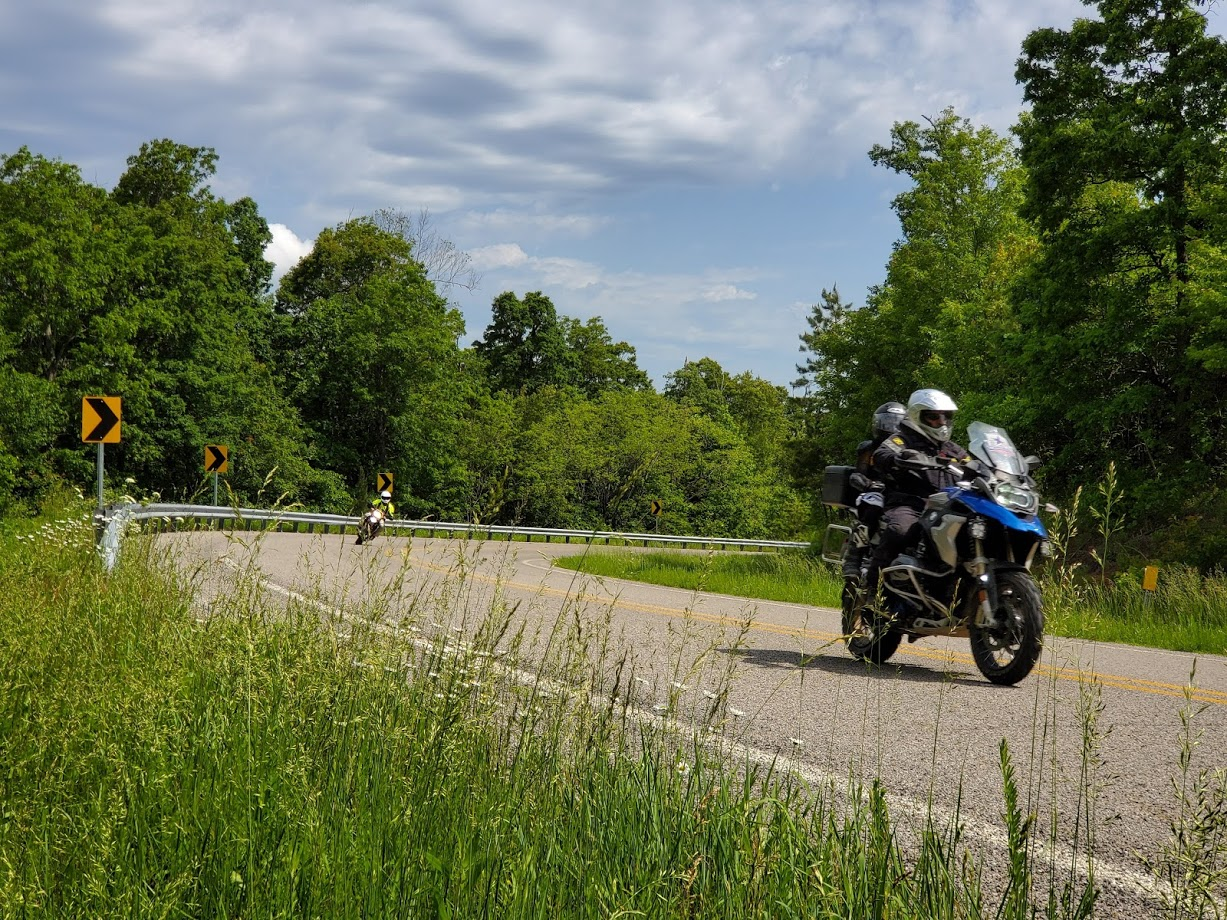 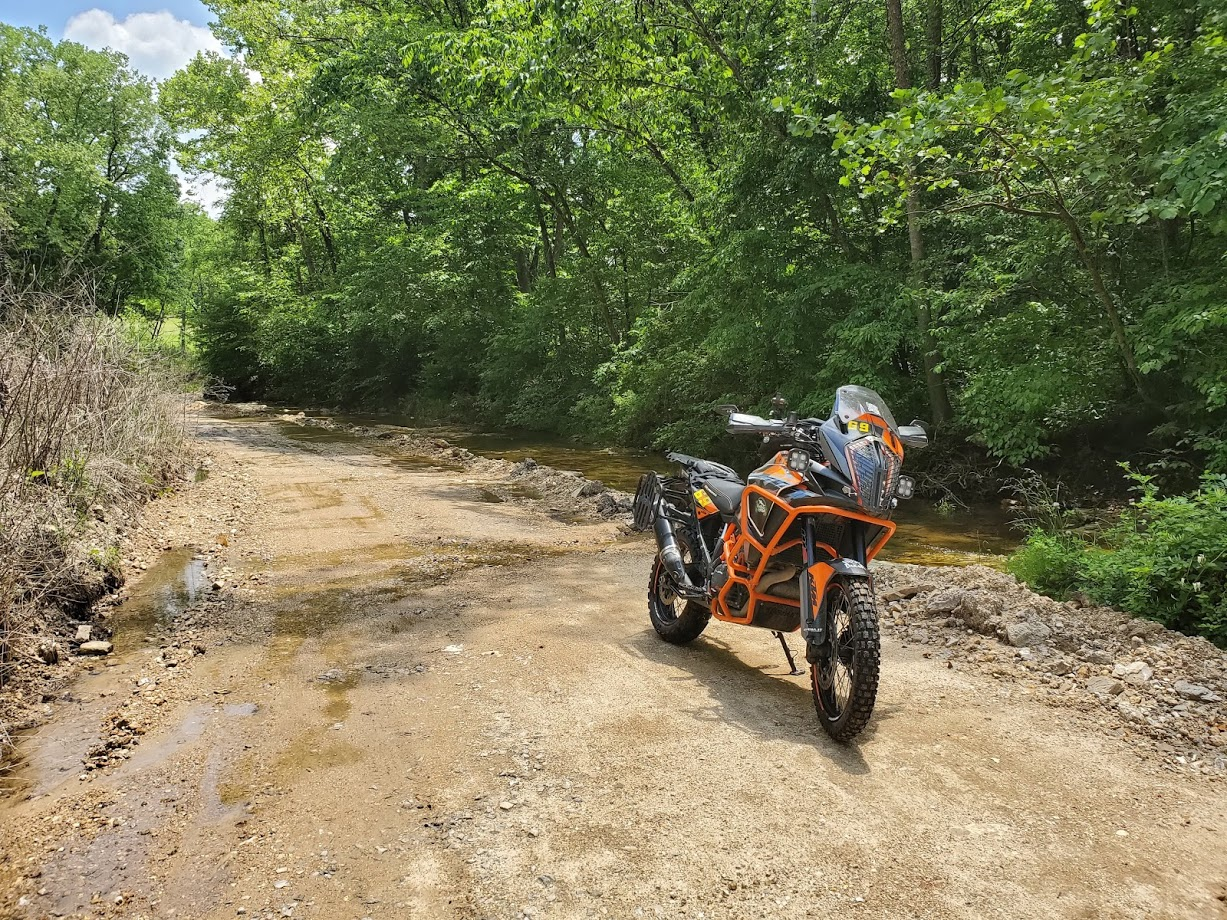 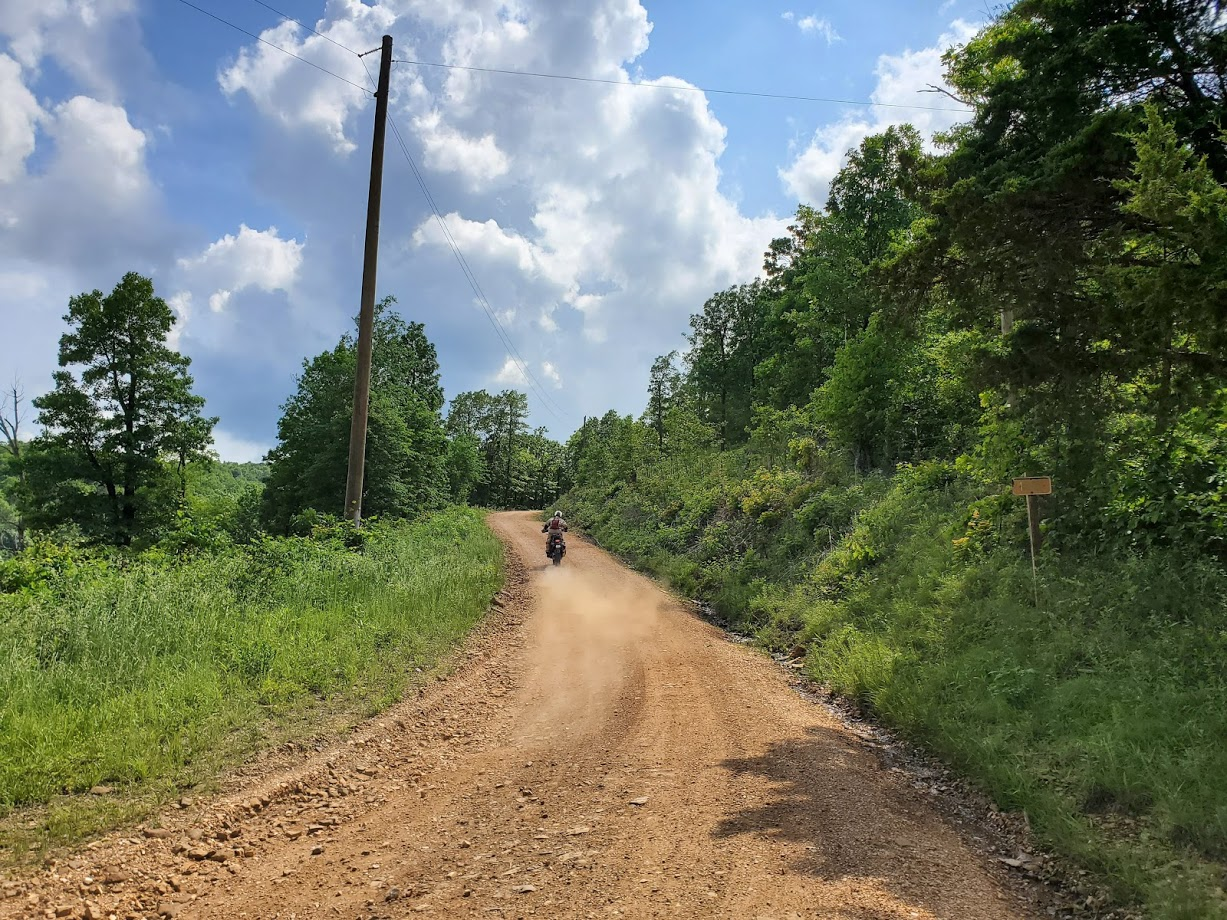 I normally take a ton of pics. These routes had me too busy to stop and take pics. I missed a bunch of turns because the road I was on was so much fun and I was so into it that I'd forget to look at the GPS

It's all good though because it was fun back tracking to the right turn!