This past Sunday, Woodbutcher (aka: Rusty) taught a class at Precision Camera in Austin. The topic was birds - raptors at that. Now Rusty and I have shot a lot of birds together, and we're going back to Bosque DelApache National Wildlife Preserve just after Christmas for our third year. So I jumped on the opportunity to take the class, learn about some birds and see what I could come away with. The class was about 45min of lecture in the 'how to photograph birds', then a couple ladies from the Blackland Prairie Raptor Center brought out the birds for a couple rounds of picture taking. Rusty had built a tree stand for the birds to sit on, and the Raptor Center brought a couple freestanding posts with a log on top as well. We had a woodland camo pattern background hanging behind the bird stands. A single panel LED light was generally hard camera left, with a large-ish 40" continuous LED umbrella just off center/camera left.

Having never done this in a controlled environment, I put my thinking cap on, listened to what Rusty said and kept looking for 'the shot'.

EDIT TO ADD:
Not sure why, but the forum compression software is making these a bit soft. These images are tack sharp on my monitor and the D500/Sigma 150-600 is an amazing combination.

Barred Owl
This was a big fluffy owl for sure, very timid looking until you realized 'why' it's considered a raptor. Between the beak for ripping meat, it's talons for grabbing meat, and almost silent flight due to the feather structure, this is one killing machine for sure. This is Beaker - Beaker was found in 2009 with numerous primary flight feathers missing from her left wing. There did not seem to be any other injuries and it puzzled veterinarians and rehabbers alike. Beaker was kept in rehabilitation to see if new feathers would grow, and they never did. She was transferred to BPRC in 2010 and is quite the crowd pleaser. 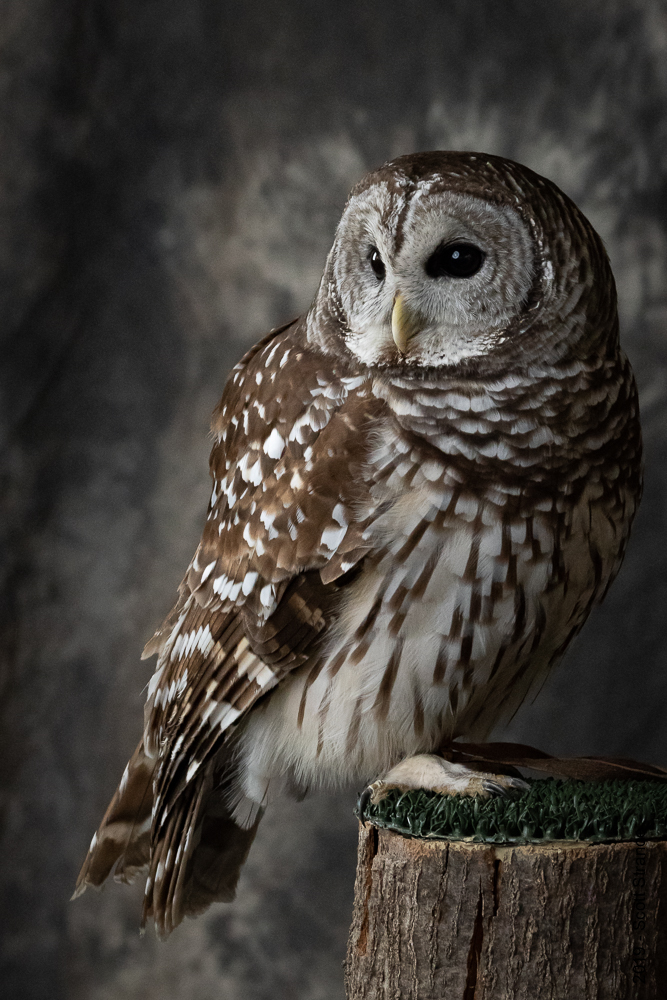 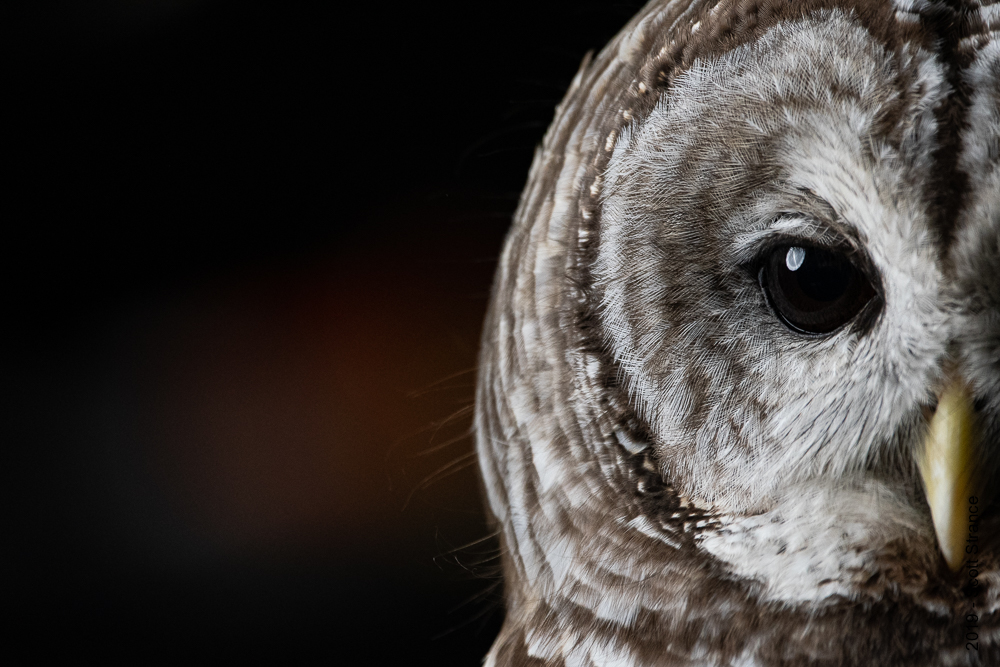 Red morph of an Eastern Screech Owl
This little guy is also a killing machine at a whopping 6oz. He's all fluff for sure but like the other raptors, his beak is for shredding and his talons for grabbing. Those are NOT ears up top. This is Rusty - she was found with major feather damage as well as injuries in both eyes. The cause of her injuries are unknown, but because her vision is permanently impaired, she cannot be released back to the wild. 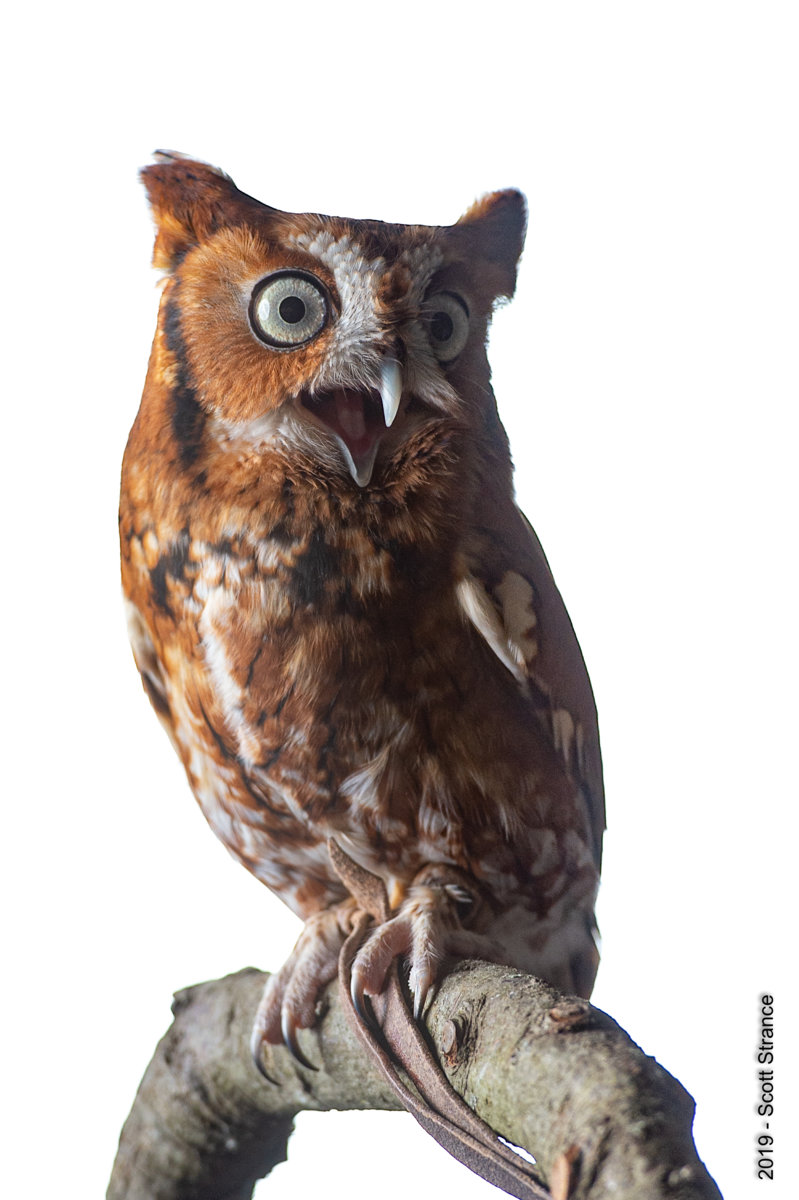 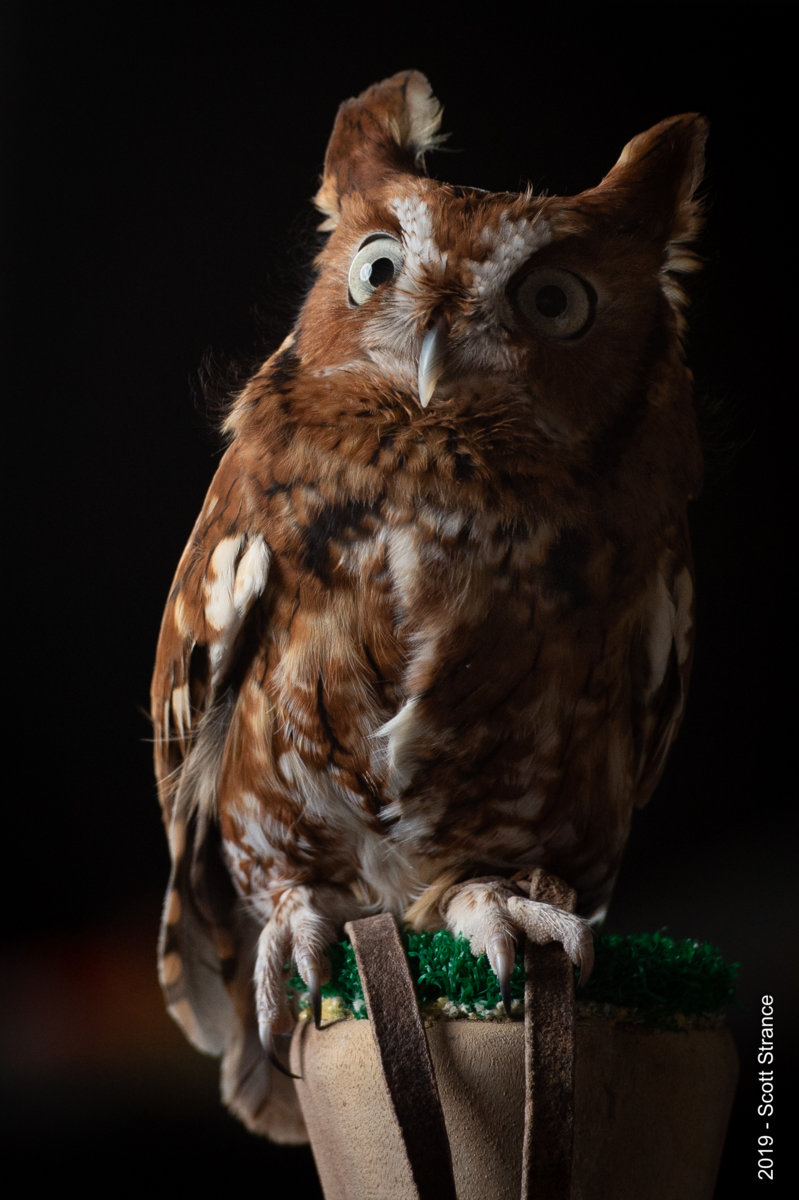 American Kestrel
This little raptor has all the same characteristics of the other raptors and is known for the brightly colored back feathers. This is Wilbur - Wilbur was admitted into BPRC’s rehabilitation clinic in the spring of 2016 as an orphan. He was deemed non-releasable when they noticed his lack of fear for humans, making him a human imprint*. He was transferred to the education department soon after. 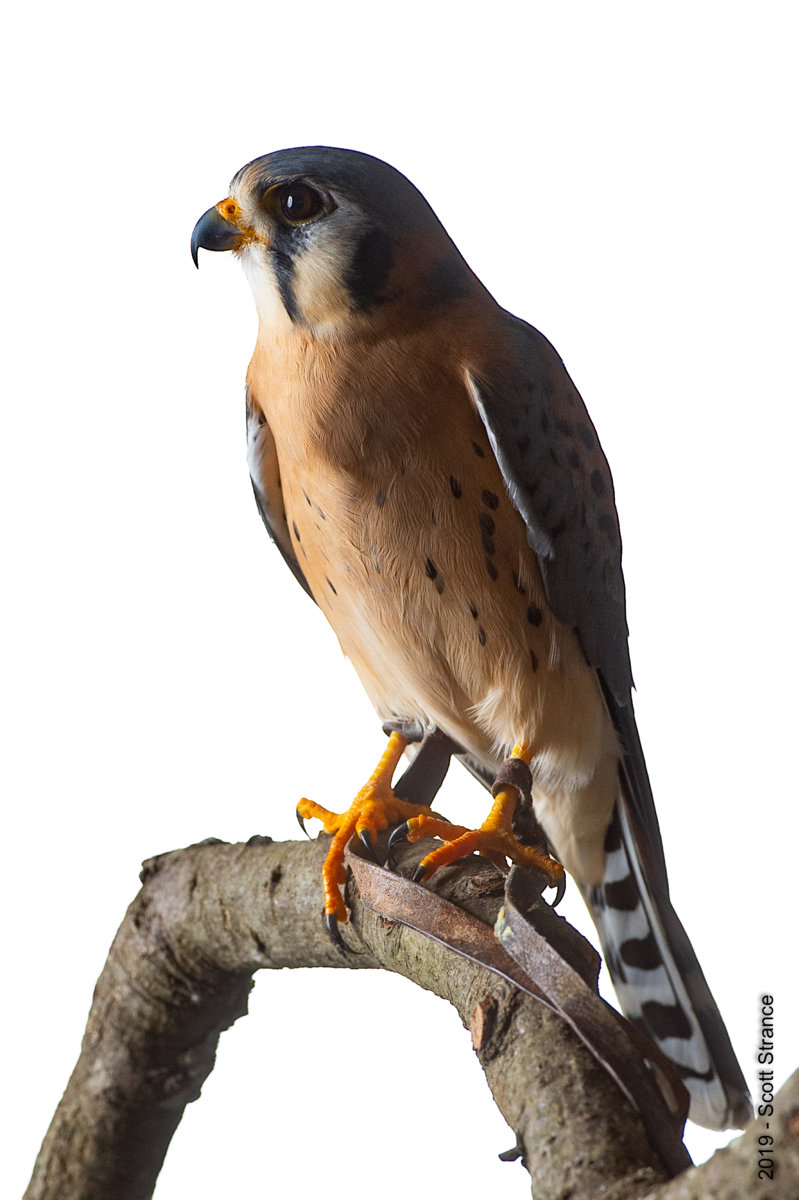 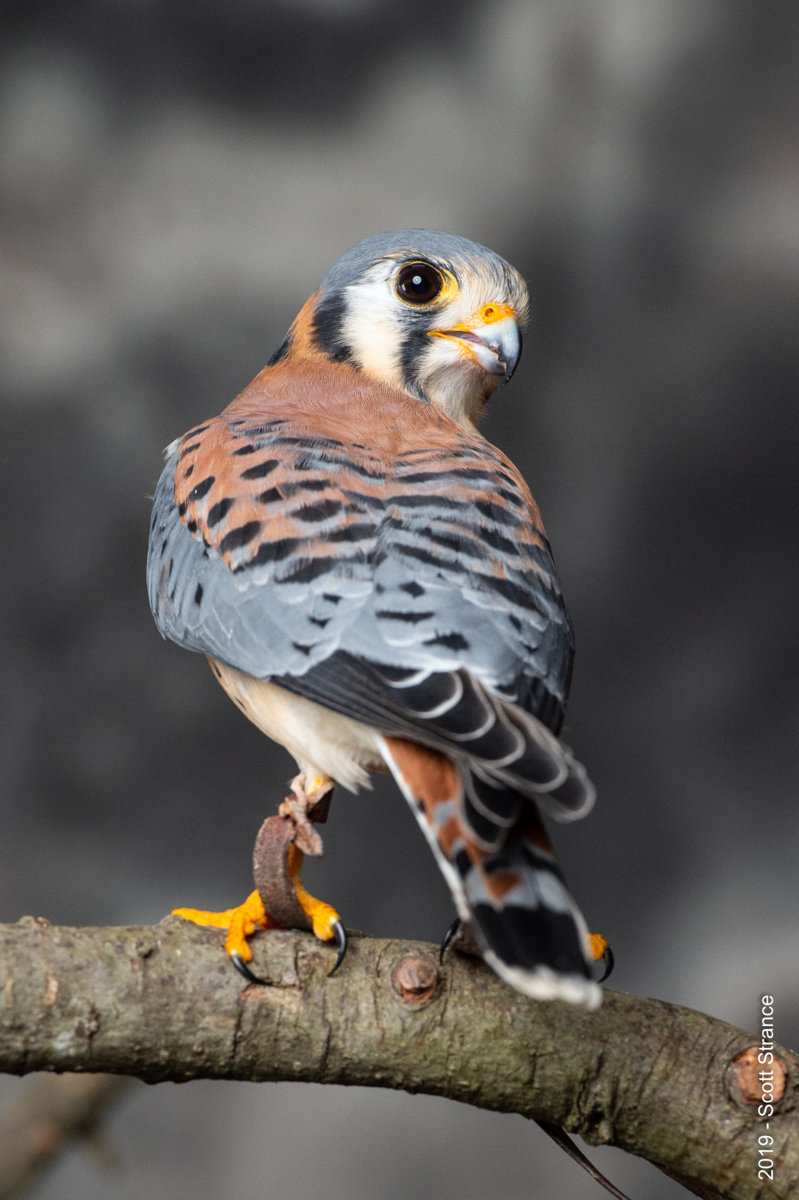 Red Tailed Hawk
These are reasonably big birds with all the killing equipment of the smaller brethren. 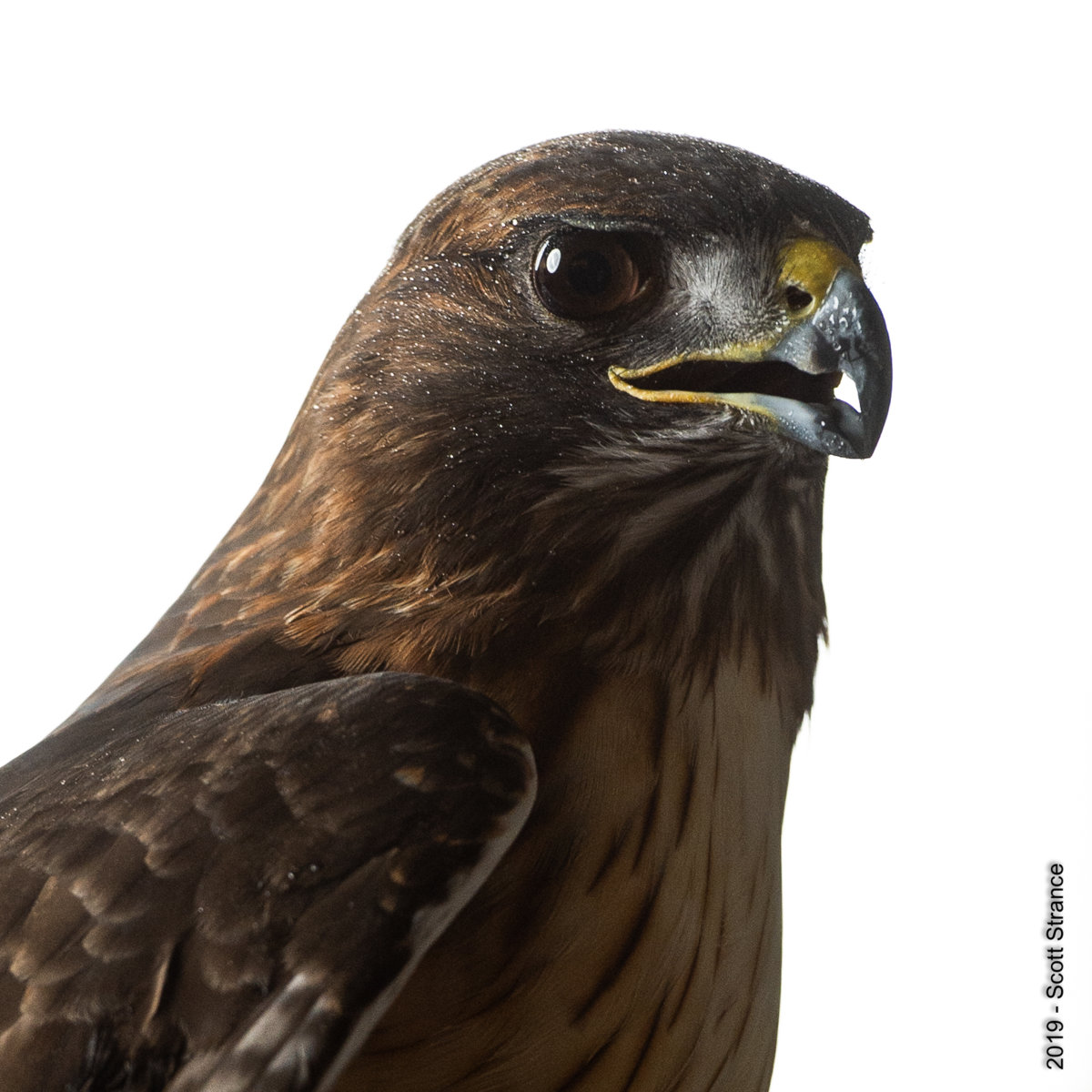 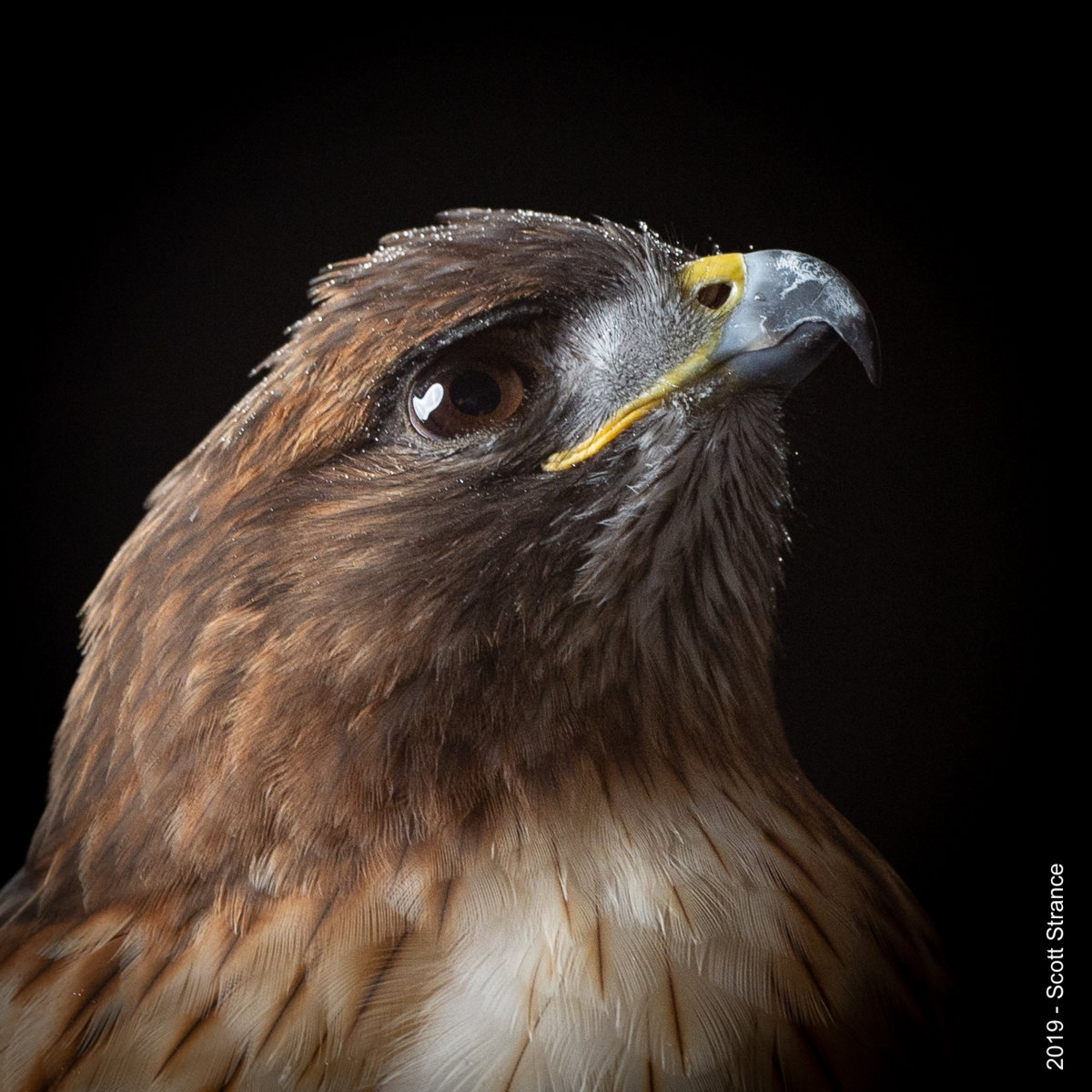 Peregrine Falcon
These guys are sleek killing machines I called "Death from Above". Clocked at 240mph in their dive from heights, the literal pound their prey (ducks) out of the air with airspeed and mass. As such, they also tend to have the shortest lifespan of the raptors. This is Zena - Xena hatched in 2002 and was intentionally raised a human imprint* in order to join a captive breeding program to re-establish the diminished Peregrine Falcon population in the wild. She remained in the program for many years helping to raise Peregrines. Once her motherly duties were completed, she retired from the program, and was transferred to BPRC in 2012 for education. 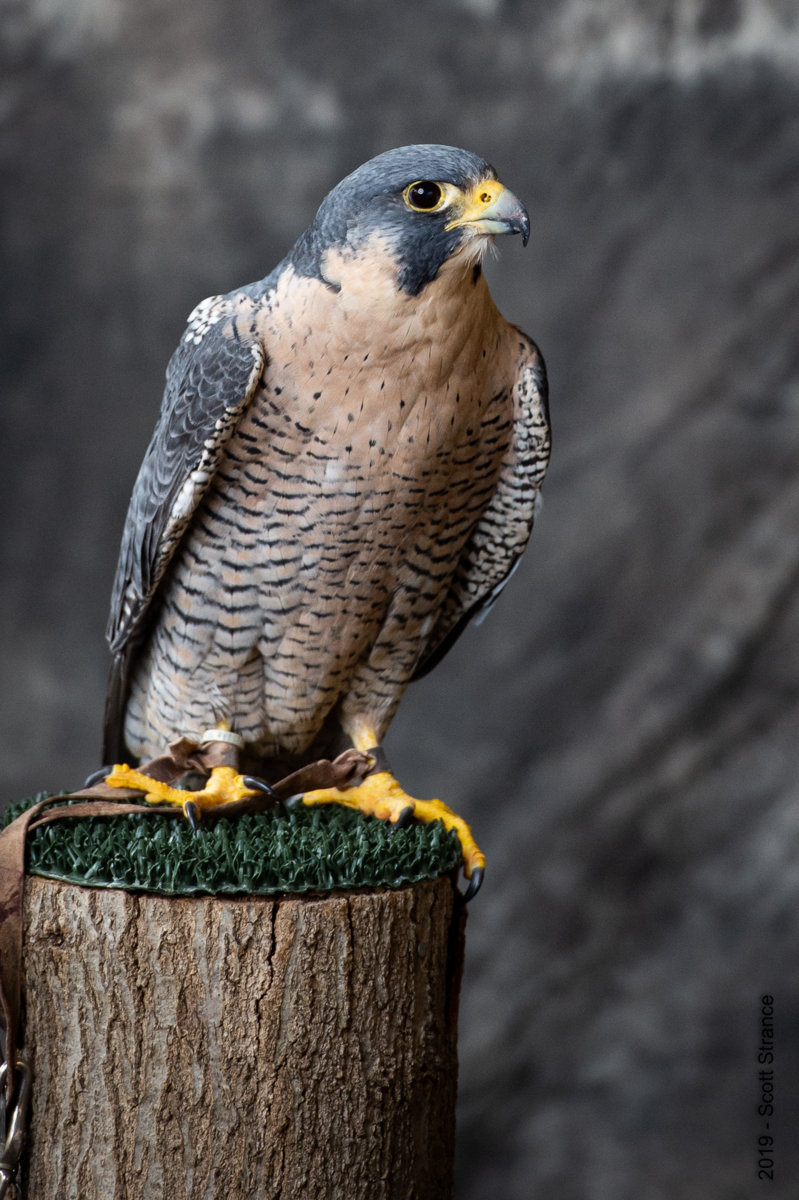 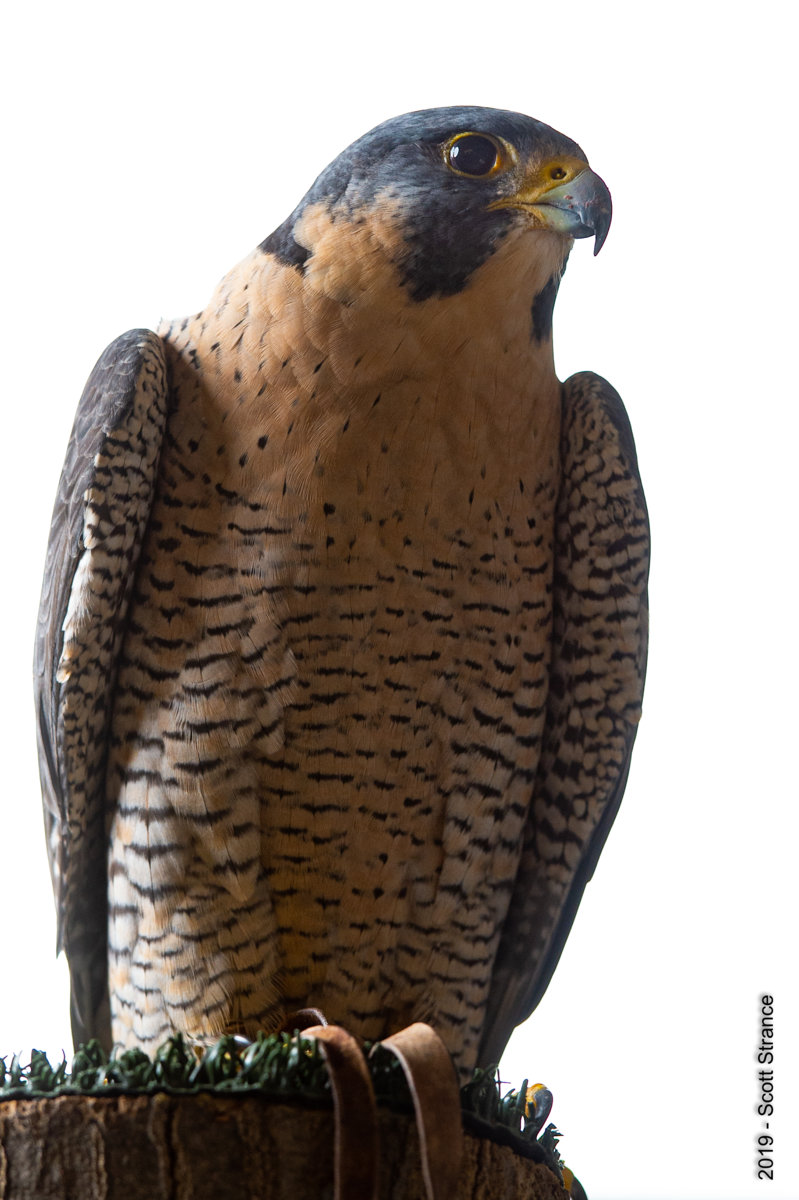 Overall, I really enjoyed the class. Rusty did a fine job in explaining the 'how' to photograph birds and the ladies who brought them were engaging, entertaining and extremely knowledgable about their birds.

Love the details the camera captures that the eye doesn't normally see.

Good Stuff!
Owls are some of my favorite people.

M38A1 said:
EDIT TO ADD:
Not sure why, but the forum compression software is making these a bit soft. These images are tack sharp on my monitor and the D500/Sigma 150-600 is an amazing combination.
Click to expand...

When you attach an image, the forum software resizes it if it is larger than the max allowed size. No doubt, you lose a bit of the sharpness in that process. If you want someone to see it at its best, you will need to just give a link to the image and have it hosted somewhere that doesn't resize it.

I like that third image because the eyes don't have so much of the light source in them that overwhelms the eye detail.

I dig these killing machines!

i bet artists would love to see these images, like bwdmax said, the details captured by your lens provide an awesome opportunity for study.

i love hawks. watched an osprey work the Pedernales just this morning.