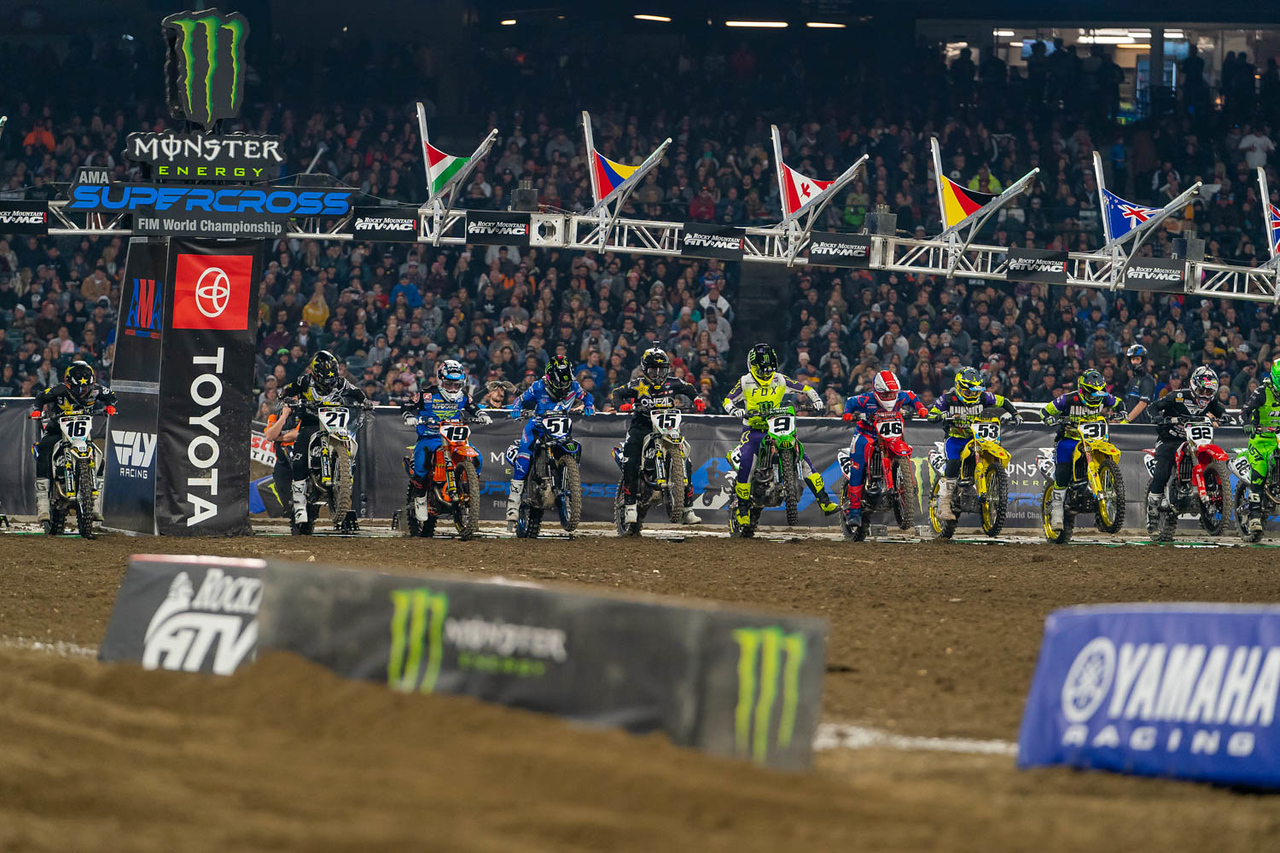 Feld Entertainment has released the tentative 2021 Monster Energy Supercross Series schedule, a 17-round series at stadiums around the United States.

3 Houston and 3 Dallas, wow and cool! If they allow fans. 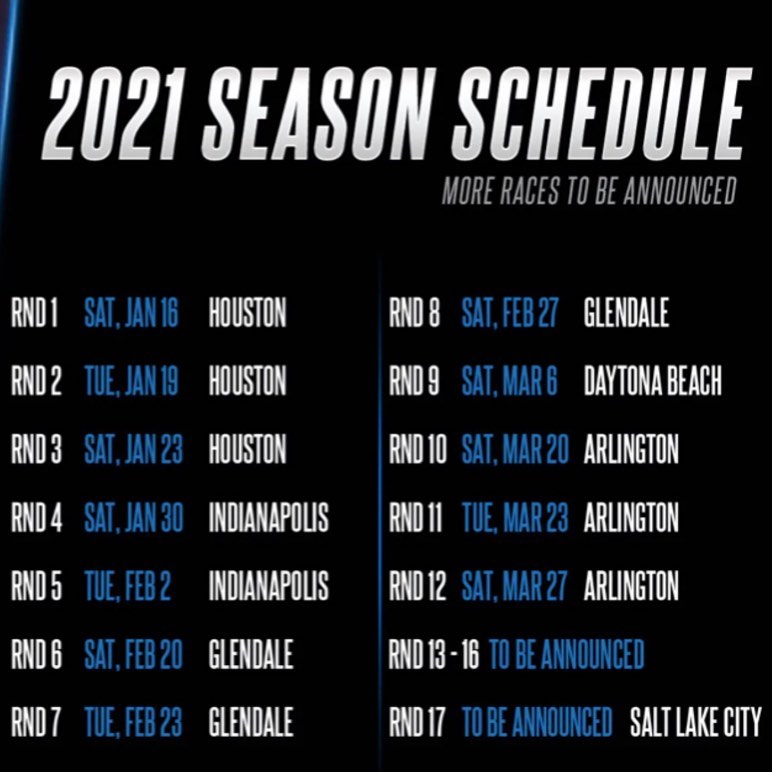 First 3 rounds in Houston, should be no injuries, all the stars there!

If fans are allowed great for Texas SX Fans 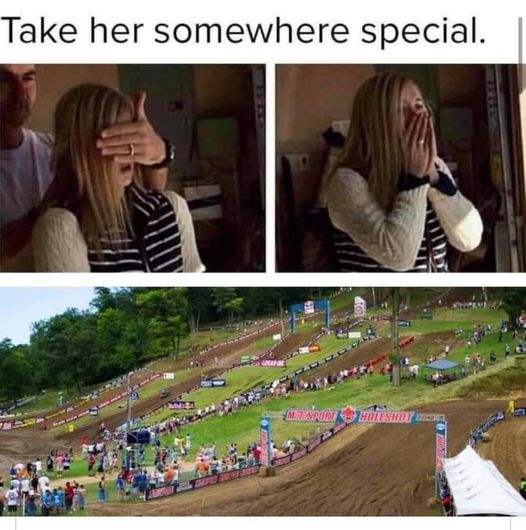 A massive development for the 2021 Monster Energy Supercross Series has emerged: Glendale’s races have been removed from the schedule.

Although this is a major change, we have learned that “very positive news and a complete seventeen round schedule” for the 2021 Monster Energy Supercross Series will be announced on December 15. 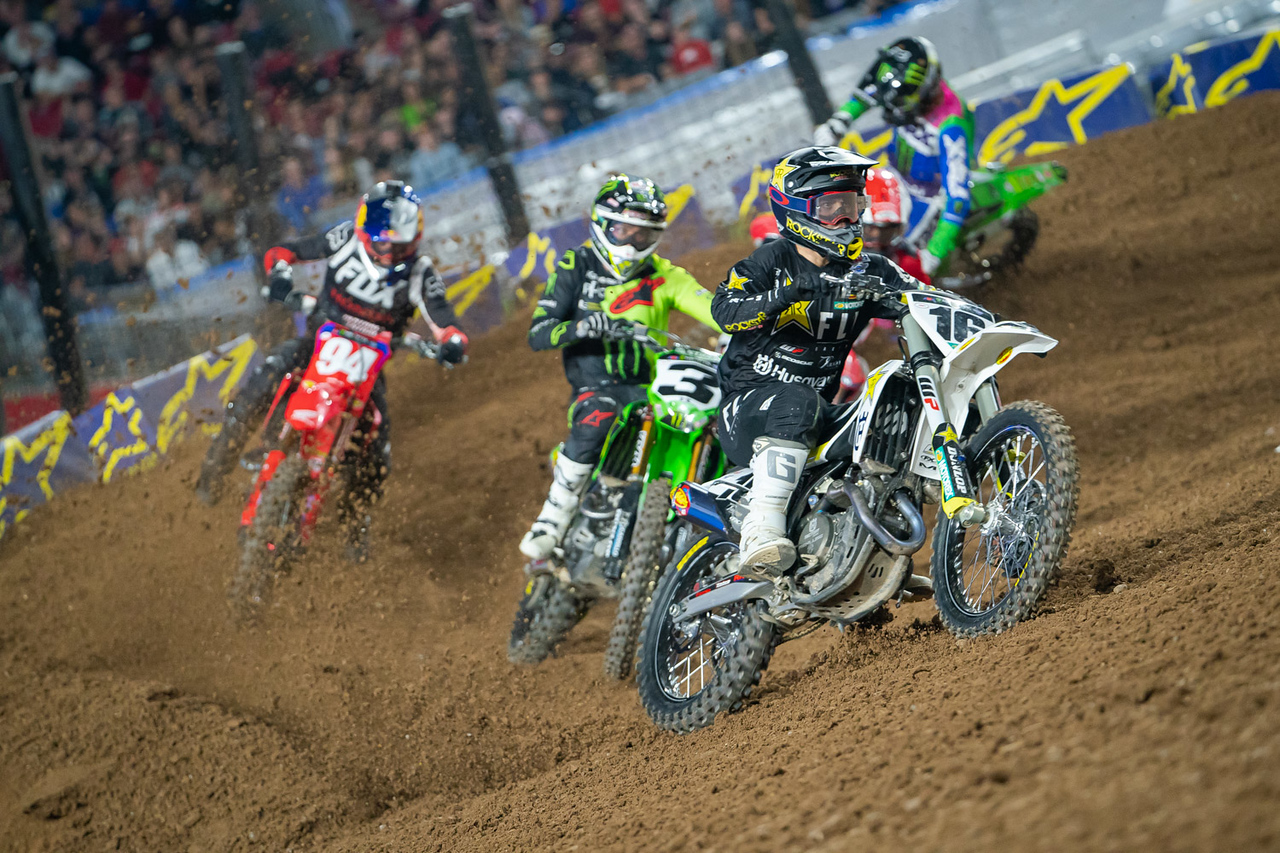 The three races set to run at State Farm Stadium in Glendale, Arizona, have been removed from the 2021 Monster Energy Supercross Series schedule.

The thing I don't like is if I want to go to the race, let's say I am working in Houston on that Tuesday and want to do something besides paperwork in the hotel in the evening. I have to buy 3 seats just to go myself, as they are only selling them in pods of 3 from what I can see on the purchase ticket website

wow, I haven't checked! Guess that's how they are keeping space between us??

woodsguy said:
wow, I haven't checked! Guess that's how they are keeping space between us??
Click to expand...

Yea, I was looking yesterday as I was looking at Jan work schedule for travel and clicked on the link and 35 dollar seats are no issue but having to buy 3 if you go your self will just have me watching it on the supercross gold pass again like last year

I was invited to be a flagger, but that too was very involved process and time consuming. Decided it wasn't for me. Would be a very long day, some of it would be great experience.

I'm seeing pods of 2 here? Am I reading it wrong?

I'm seeing pods of 2 here? Am I reading it wrong?
Click to expand...

FWIW, there is some 20 buck seats on one end!

We have a extra ticket for Houston 1 on the 16th in a decent lower section. $70.

I was put on the flaggers list but I finally turned it down today. Just can't take off 2 Saturdays and being there 4 hours early would make a very long day for me. Was looking forward to it.

I live for Supercross on Saturday night.

Sheheen is out for tv! Wonder who the replacement is? Probably another British guy, lol! The lady "Will" is pleasant to watch but very hard for me too understand her!!
W

Peacock Premium will offer a comprehensive one-stop-shop package of events that will include Supercross qualifiers and races live and on-demand replays without commercial interruption.

NBC Sports’ 2021 Supercross race action begins with the season opener from NRG Stadium in Houston, Texas, on Saturday, Jan. 16, live at 6 p.m. ET on NBCSN, marking the first time the series will begin the season outside of California in 25 years.

The 2021 season will culminate with the season finale from Rice-Eccles Stadium in Salt Lake City, Utah, on Saturday, May 1, at 10 p.m. ET on NBCSN, with an encore presentation airing on Sunday, May 2, on NBC at 1:30 p.m. ET.

Jason Wygant is one of the best in the biz. Bummed he's not in the SX light but will be back for outdoors.