What the heck is a TWT Pie Run? 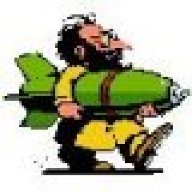 Definition: Pie Run - TWT's monthly excuse for a ride. Thinly disguised as a "Ride-to-Eat" (RTE), it is a chance for riders from all over the state (and sometimes from other states) to plan routes, organize ride groups, meet with like-minded folk, talk and gawk at all kinds of bikes, eat lunch and have pie for dessert!

Thereafter, Chris Zimmerman (wczimmerman) was known as the "Pie Man" and figured out the yearly schedules. He got help from wife Jen and their two daughters and they all were the "Pie Family".

Once the location is chosen, it is up to the individual riders on how to get there and return. It is interesting to watch as ride groups are formed and routes proposed. An example is the latest Pie Run in January, 2009 - ride threads were started for Clearlake, SW Houston, San Antonio, Austin, Waco, and DFW.